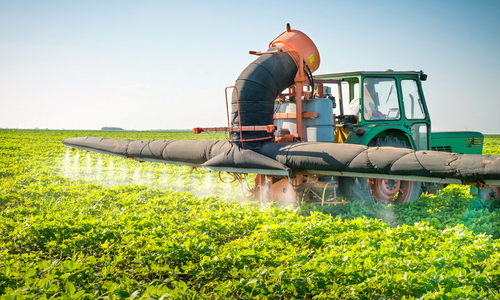 A senior scientist at the Massachusetts Institute of Technology (MIT) claims that one in every two children in the U.S. may have autism by 2025 due to Monsanto pesticides.

Dr. Stephanie Seneff has spent over three decades researching biology and technology, publishing over 170 scholarly peer-reviewed articles. She now focuses on nutrition, the gut, and autism, “as well as the impact of nutritional deficiencies and environmental toxins on human health.”

The active ingredient in Monsanto’s Roundup chemical is glyphosate, which is linked to many diseases including diabetes, Alzheimer’s, digestive system disorders, infertility, and birth defects.

The ‘Biomarker’s for Autism’, which can be explained as potential effects of glyphosate on the biological system:

The usage of glyphosate on corn and soy crops “correlates with the epidemic we’re seeing in autism, Alzheimer’s disease, celiac disease, and other intestinal disorders,” according to Dr. Seneff.

Monsanto, of course, claims Roundup is harmless. Roundup works through a plant’s seven-step metabolic route known as the shikimate pathway for the biosynthesis or aromatic amino acids. Glyphosate inhibits this pathway, thereby killing the plant. Since humans don’t have this shikimate pathway, Monsanto claims it’s harmless.

According to Dr. Seneff, however, we do have this pathway in our gut bacteria, and these bacteria supply our body with crucial amino acids. Roundup kills the beneficial gut bacteria that allow pathogens to grow. “It interferes with the synthesis of amino acids including methionine, which leads to shortages in critical neurotransmitters and folate; chelates (removes) important minerals like iron, cobalt and manganese, and much more.”