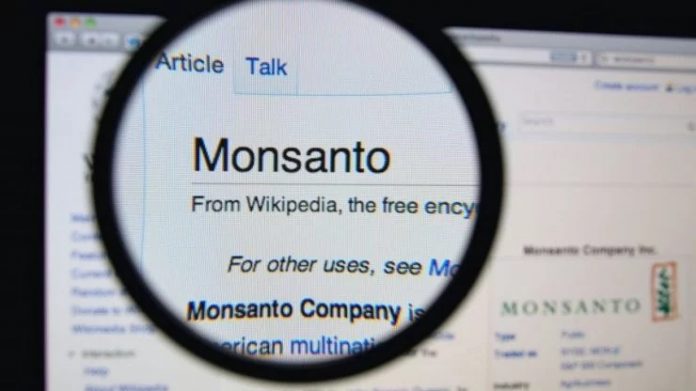 (TT) — Monsanto waged a propaganda war against the activists and journalists who spoke out against them, according to documents recently disclosed as a part of the company’s ongoing court battle over the dangers posed by their top-selling weedkiller, “Roundup.”

It has come to light that the company operated a “fusion center,” where employees were given the task of spying on journalists and activists while targeting them with smear campaigns. Even high profile figures like Neil Young were targeted for their anti-Monsanto activism. Neil Young became such a thorn in the company’s side that they actually considered legal action against him at one point.

Monsanto, which is now owned by Bayer, also stalked Carey Gillam, a Reuters journalist who reported on the evidence that Glyphosate, the primary ingredient in Roundup, causes cancer.

Monsanto waged a relentless campaign against Gillam’s books and articles. The campaign included tampering with Google results and paying third parties to criticize her books, and spamming the Amazon pages with negative reviews. The documents showed that there was also an active effort to put pressure on the editors at Reuters to have the journalist reassigned.

The company actually called their base of operations for these activities an “intelligence fusion center,” a term that has a very militaristic overtone.

In an interview about the recent revelations, Gillam said that she was astonished at the lengths that the company went to try to silence her.

“I’ve always known that Monsanto didn’t like my work … and worked to pressure editors and silence me. But I never imagined a multi-billion dollar company would actually spend so much time and energy and personnel on me. It’s astonishing,” Gillam said.

Gillam said that the newly released documents were “just one more example of how the company works behind the scenes to try to manipulate what the public knows about its products and practices”.

According to the Guardian, the documents also support claims that high ranking executives at Monsanto were bullying and bribing scientists to cover up the dangers of their products.

New documents reveal that agribusiness giant Monsanto ran a campaign to undermine critics, including reporter @careygillam. "I’m one person. I’m one journalist. But what we know, from a larger trove of documents, is that this is par for the course. This is what they do." pic.twitter.com/iEDYTHkT0Y

In a statement responding to the documents, Bayer spokesman, Christopher Loder said that, “Monsanto’s activities were intended to ensure there was a fair, accurate and science-based dialogue about the company and its products in response to significant misinformation, including steps to respond to the publication of a book written by an individual who is a frequent critic of pesticides and GMOs”.

“We take the safety of our products and our reputation very seriously and work to ensure that everyone … has accurate and balanced information,” he added.

A LinkedIn page for an employee that listed Monsanto as their workplace, listed “global intelligence and investigations” as their position for the company. The employee stated that they managed a “team responsible for the collection and analysis of criminal, activist/extremist, geo-political and terrorist activities affecting company operations across 160 countries”.

In 2016, one Monsanto executive responded to the controversy surrounding their payment of scientists who studied their products, saying that, “The issue was NOT that we wanted to pay the experts but an acknowledgement that experts would need to be compensated for the time they invest in drafting responses for external engagement. No one works for free!”

As Truth Theory reported earlier this year, Bayer’s stock price has been in a freefall since they acquired Monsanto.