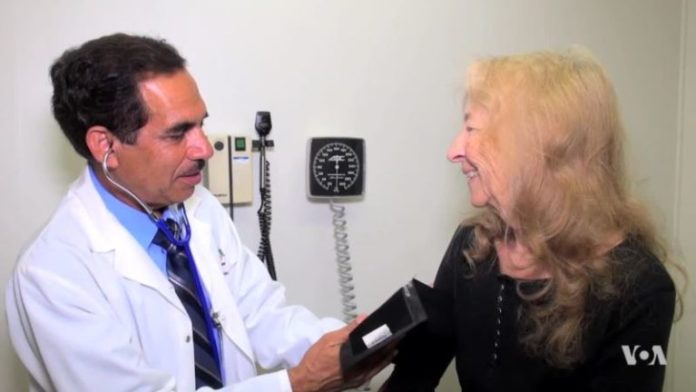 (True Activist) Health care should be a right afforded to all, which is why a Muslim doctor offers free health-related services to residents in San Bernardino, one of the poorest cities in California. He does this, despite the prevalence of Islamophobia in the United States.

In 2000, Dr. Talat Khan founded the Al-Shifa Clinic. As Voice of America reports, Al-Shifa is an Arabic word that means “cure.” Most of the patients are non-Muslim. Said Khan, who directs the clinic:

“We are Muslims and we want to help the community. It does not have to be the Muslim community because most of the people we see are Hispanic and people of other faiths. We want to help them out. Our religion tells us that we should take care of under-served.”

Al-Shifa has attracted a number of doctors who migrated to the United States from Afghanistan, Pakistan, India and elsewhere, then became U.S. citizens. Because they came from compromised situations, they are even more dedicated to helping the underprivileged.

“To tell you the truth, doctors are trained to help people regardless of their religion or what language they speak,” said Dr. Khwaja Ali Sidiqui, one of the physicians who volunteers at the clinic. “When you visit a doctor, you are his [or] her patient. We treat our patients regardless of what faith they belong to.”

Because the clinic has 16 examination rooms and works with physicians who specialize in internal medicine, pediatrics, mental health, neurology, obstetrics-gynecology, preventative medicine, and dentistry, it is able to help many people. There’s even a well-equipped lab! At the clinic, medical graduates work as interns, underneath the volunteer doctors. Man Musili is one of the new graduates. As an immigrant from Syria, he knows first-hand how valuable access to health care is. Said Musili,

“I also enjoy talking to the patients because a lot of them who come here, they are desperate for help because most of them do not have insurance. Actually, they have a lot of things going on and they need help. So that is a good experience for a medical physician.”

Lynne Missi is but one patient who had benefited from the free services. She said of the clinic, “It is amazing. I don’t know how they do it — except that the doctors do offer their services free. They volunteer and that is amazing. They are really, really nice people to do that. I think ‘Wow! Who would do that?’”

Al-Shifa is entirely charity-based, so some patients do worry about losing access to life-saving health services. However, doctors say that as long as donors come forward, the facility will remain open and people who need services will continue receiving them.

Watch the video below to learn more: