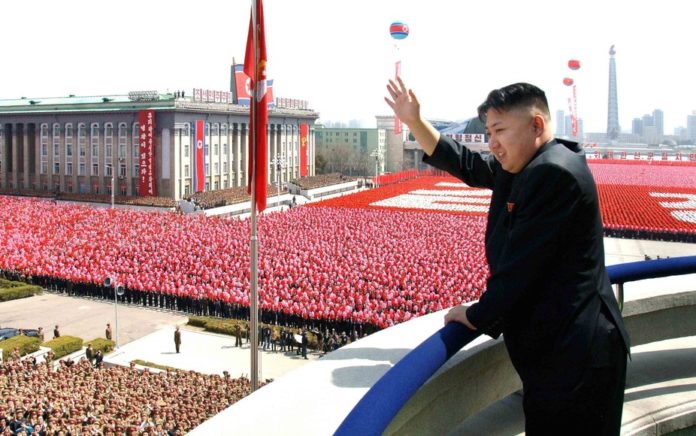 North Korea has fired yet another missile into the Sea of Japan, reminding the region of its resistance to sanctions and its intentions to continue missile testing.

Efforts to curb North Korea’s missile program have so far failed, and with the US depending on China to weigh in heavily on the Korean crisis, it is unlikely North Korea will halt any missile and weapons development program soon.

China has so far sanctioned the imports of Korean coal after the last missile launches into the Japan Sea in March, however it is South Korea who currently endures the heavier sanctions as China engages in heavy boycotts against South Korean products as protest over the deployment of the US anti-missile system THAAD in the South’s North Gyeongsang Province.

The construction of the Terminal-High Altitude Area Defense missile system has begun and reports suggest it will be ready to launch by June at the earliest. The THAAD system can intercept short and medium range missiles – a feature that both Russia and China argue is a threat to their national security. As tensions mount, President Donald Trump recently acknowledged that Washington may have to deal with the nuclear threat and missiles programs alone if China refuses to exert more pressure against the North Korean regime.

China warned of a “head on collision” and asked for a pragmatic approach to allow both sides to cool down. “The two sides are like two accelerating trains coming toward each other, with neither side willing to give way,” Foreign Minister Wang Yi said in Beijing. “The question is: Are the two sides really ready for a head-on collision?” Wang said. “Our priority now is to flash the red light and apply brakes on both trains.” The first meeting between US President Donald Trump and China’s President Xi Jinping since the US elections is due to take place within hours of the latest North Korean missile firing, suggesting that Kim Jong-un was sabre-rattling again.

The two leaders will meet for the first time at Trump’s resort Mar-a-Lago in Florida and it is expected that Trump will have discussions of the Korean peninsula tensions high on his discussion list.

In a recent statement on the latest missile firings, US Secretary of State Rex Tillerson said that “The United States has spoken enough about North Korea. We have no further comment,” after describing the launch as “yet another” medium range ballistic missile. Border stability is of the highest importance to China’s government, and North Korea is aware of this. China withdrawing all aid from North Korea will potentially result in a collapse in North Korea, threatening their region’s instability, says Euan Graham, International Security Program director at the Lowy Institute. Graham calls North Korea’s recent launch a “curtain raiser” to both Trump and President Xi. ‘This goes beyond Trump,” Dr Graham says.

Sky News reports Trump’s strongest warning yet: “China has great influence over North Korea and China will either decide to help us with North Korea, or they won’t,” Trump said. “If China is not going to solve North Korea, we will. That is all I am telling you.”

This article (N. Korea Launches Another Missile, Trump Vows to Deal With Problem) is a free and open source. You have permission to republish this article under a Creative Commons license with attribution to the author AnonWatcher and AnonHQ.com.