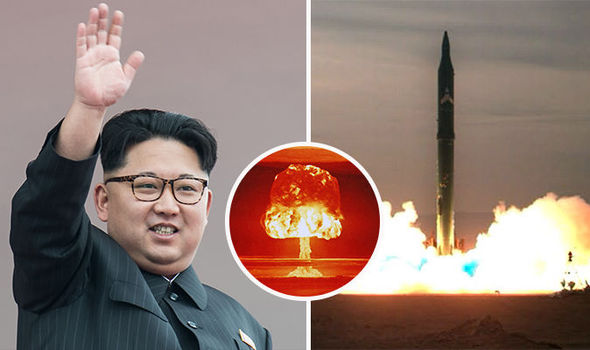 Economic powerhouse China has requested the U.S. and South Korean joint military drills be halted in light of escalating tensions in the region. However, South Korean officials have rejected the request, reports Yonhap News Agency.

The line has been maintained that the annual military drills are “purely defensive.” South Korea’s Defense Ministry Spokesman Moon Sang-gyun stated also, the joint military “exercises will continue without halt.”

The joint military exercises started March 1, and will continue for two months. The exercises will involve air and naval forces, computer-simulated exercises and participation of the USS Carl Vinson aircraft carrier, which is expected to arrive in Busin late next week.

The THAAD anti-missile launcher, a sticking point of contention for China and North Korea is said to be operational within the month, in response to North Korea’s continual launching of missiles, some aimed towards the Japanese coastline in recent weeks. Adm. Harry Harris, the head of U.S. Pacific Command reiterated this week the necessity of THAAD’s deployment in the region. “Continued provocative actions by North Korea, to include yesterday’s launch of multiple missiles, only confirm the prudence of our alliance decision last year to deploy THAAD to South Korea.”

The Chinese Foreign Ministry spokesman Geng Shuang disagrees, stating China’s firm opposition to its deployment, and that THAAD threatens its own national security.

“We will definitely be taking necessary measures to safeguard our own security interest. All consequences entailed from that will be borne [by South Korea and the United States],” said Shuang.

The Communist Party’s Global Times’ tabloid, according to military.com, published in its editorial, China’s reprimand of Kim Jong-un’s actions and THAAD.

“By firing four missiles at once this time, the military confrontation between Pyongyang, Seoul and Washington escalates a notch.” But the Global Times noted Chinese annoyance for “Pyongyang’s nuclear program” being the “excuse for Seoul to deploy THAAD.”

China continues to mount pressure on South Korea at a time of political uncertainty. South Korea’s Constitutional Court has ruled to remove impeached President Park Geun-hye from office after a series of corruption scandals. This further deepens the security woes of South Korea, a nation already divided by deep political turmoil caused by the now former president.

China warned of a “head-on collision” between the U.S.-South Korean alliance and North Korea’s persistent missile testing, calling for the suspended military exercises for some “breathing room” and to return both parties to the “negotiating table.”

“The two sides are like two accelerating trains coming toward each other, with neither side willing to give way,” Foreign Minister Wang Yi said in Beijing. “The question is: Are the two sides really ready for a head-on collision?” Wang said. “Our priority now is to flash the red light and apply brakes on both trains.”

The pragmatic approach by Chinese officials is an attempt to cool both sides down. “We have to walk on both legs, which means not just implementing sanctions but also restarting talks,” Foreign Minister Wang Yi said.

This article (China Urges US to Back Down and Meet North Korea Half Way or Risk War) is a free and open source. You have permission to republish this article under a Creative Commons license with attribution to the author AnonWatcher and AnonHQ.com.