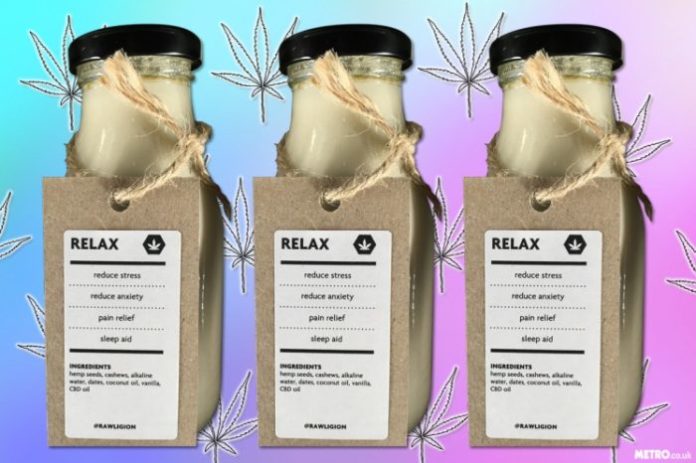 However, in the United Kingdom, the situation is different. Recently, the country’s government admitted that marijuana has a medicinal value. The country’s Medicines and Healthcare Products Regulatory Agency announced that it has found Cannabidiol (CBD) has a “restoring, correcting or modifying” effect on “physiological functions” when administered to humans. CBD is one of at least 113 active cannabinoids identified in marijuana. Before this good news, some of the country’s politicians had even pressed on the government to legalize marijuana for medicinal use. Currently, in the United Kingdom, it is illegal to possess marijuana in any form. Without a so-called appropriate licence, it is also illegal to grow, distribute or sell marijuana in the nation.

Those with the licence are therefore, leaving nothing to chance. They have set up small shops and health research facilities to fully explore the medicinal value of the plant.

A startup in London, which focuses on plant-based food and drinks, called Rawligion, has produced the first ever organic marijuana milk. The milk, also known as Relax, is said to have positive effects on anxiety and pain. It also aids people with sleeping problems, helping them to have a sound sleep, as well as reducing stress. Relax contains CBD oil, marijuana seeds, cashews, dates, coconut oil, vanilla and water. The CBD oil is made from marijuana. It does not contain any of the psychoactive properties found in other cannabis compounds, like Tetrahydrocannabinol (THC). Therefore, Relax milk does not make consumers high or stoned. The main objective of the milk is to promote healthy living.

The CBD oil in the milk reacts to the body’s endogenous cannabinoid system, which regulates the body’s homeostasis – or general state of balance. This ensures positive impact on mood, sleep, hormone regulation, immune response and pain in the body. It is said the Relax milk tastes very similar to almond milk, albeit slightly earthier and a slightly marijuana-like aftertaste.

Relax milk was pioneered by Michael Isted, a psychotherapist and development consultant for Rawligion. Isted revealed he decided to produce the marijuana milk because the world needed a drink that contains all the benefits of CBD.

According to health experts, the human endocannabinoid system is made up of millions of receptor sites in the brain and nervous system, and is considered one of the most important regulatory systems in the human body.

Mr Isted told Metro.co.uk in an interview that the human endocannabinoid receptor sites in the brain and the nervous system proves that marijuana is good for the human body.

“The cannabis plant is almost the perfect plan. Humans are supposed to have a relationship with this plant because we have cannabinoid receptors all over our body. Cannabis has all that we need to sustain life, vitamins, minerals, proteins, essential fatty acids. We can even make clothes and materials from the plant,” he said.

Already, new legislation has been passed to turn CBD into a legitimate medicine. Remember, we told you earlier that the British government has admitted CBD in marijuana has a medicinal value. Relax milk has started selling in the big pharmaceutical companies, beginning Nov. 1. Isted also added that some pharmaceutical companies in the United Kingdom are also investing in research to further explore marijuana’s properties.

According to consumer testimonies, who have used the Relax milk before, they confirmed that it helped to relieve pain and aided with their sleeping problems. One user was quoted as saying: “I think it’s magical in terms of pain reduction and sleepiness.” The testimonies display the faith people are beginning to have with marijuana, in the United Kingdom.

Over the years, marijuana advocates have been gaining momentum in their quest to have the plant legalized and regulated in the United Kingdom. In 2015, James Richard Owen, an economics student at Aberystwyth University, started a petition on the country’s official petitions website, calling for the legalization, cultivation, sale and use of the plant. The petition gathered 218,995 signatures, far exceeding the 100,000 needed for it to be considered for debate in Parliament. On Oct. 12, 2015, the country’s Parliament debated the petition. These latest developments on marijuana have led some to believe that the country’s government will soon legalize the plant.

This article (New Anti-Anxiety, and Pain Relief Marijuana Milk Hits British Market) is a free and open source. You have permission to republish this article under a Creative Commons license with attribution to the author and AnonHQ.com.