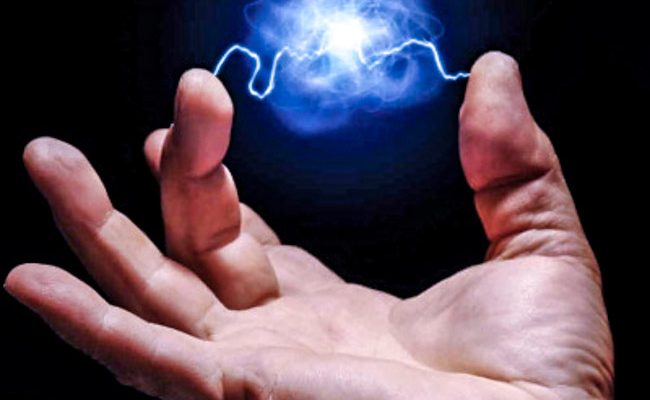 On March 20, 1998, a man by the name of Stanley Meyer died in Ohio, in front of a Grove City restaurant called Cracker Barrel after meeting with Belgian investors, according to reports, who were also apparently NATO officials, according to the coroner’s report. Meyer’s final words were, “They poisoned me.”

Meyer, who worked on developing the Gemini project with NASA and “concept EBED” for the Star Wars project, was the inventor of what he referred to as the water fuel cell, a device that could do what physicists said was impossible; it could turn water into hydrogen fuel capable of powering a vehicle, thereby ending the reliance on fossil fuels. Meyer’s fame initially took off, yet along with the investors came various governments and militaries from around the world with extravagant offers of compensation to either end his research, or sell the technology, but Meyer wanted to make it public.

With the high-profile attention came understandable paranoia, and unfortunately for Meyer – in his desire to monetize his invention – he falsified patents to keep his technology secret, ultimately discrediting his work in the eyes of the mainstream science community – if you can’t recreate a patent, the technology can’t be verified. He was soon after, assassinated (in the opinion of those close to him), and those with access to his technology, including his twin brother, have refused to continue his work for fear of the ramifications.

Meyer’s story is not a singular occurrence. Take for example Herman Anderson (1918-2004), who was a former scientist at NASA that worked with Wernher von Braun. He tested hydrogen powered rocket engines, and was a former engineer at Skunk Works, the Jet Propulsion Laboratory, and Cal Tech. Anderson created a water-powered Chevy Cavalier, and though he was reportedly allowed to drive his car, he was not allowed to manufacture or sell the vehicles.

For over 100 years, various forms of technology that threaten the fossil-fuel and nuclear energy industries have been suppressed by major world governments and corporations, through both legal and illegal means. Even simpler technologies that threaten these industries are suppressed in one form or another, such as the state of Wyoming laying claim to the wind itself and overtaxing energy wind-farms accordingly, or the state of Nevada slamming solar power users with a 40% tax increase.

Highly advanced forms of technology, including zero point energy (ZPE) and quantum vacuum, are within mankind’s reach. But in order for this knowledge to be obtained and shared, citizens need a safe and secure environment to work within, with a focus on open-learning (non-monetized, free knowledge for all). As such, Dr. Steven Greer of the Disclosure Project has proposed a concept he refers to as “The New Earth Incubator,” in which he outlines an idea for the creation of a private, online open-learning consortium.

Before we delve further, for those who are adamant about monetizing their technology or otherwise creating profit, Dr. Greer points out that from the knowledge obtained in the open-learning consortium he proposes, technologies with thousands of different applications can be created and monetized. Funding to initiate the program is needed, and those who wish to capitalize are welcome to invest in its creation.

In the proposal submitted to us, Dr. Greer lists the following strategies for the Research and Development project (R and D):

A Multi-centered R and D Project that is connected via the Internet in real time to share results, EM frequencies, materials, problem solve, etc.;

Open Source – No Intellectual Property (IP) or Patents will be pursued at this time, thus allowing for open sharing and feedback from the research community. There can be no hold-backs: all developments, circuits, and operational breakthroughs will be shared in real time with the public and other researchers;

Live-Streamed: All labs will be 24/7/365 live streamed so that the public will be invested in the process, share in the results, successes and setbacks. Any attempt to suppress a breakthrough will be neutralized by this and the Open Source policy;

A massive PR, multi-media public education effort must be launched that runs simultaneously with the R and D effort so that public consciousness is raised and made ready to rapidly accept and adapt this new energy paradigm. (This needs to include PR/News, Documentaries, Movies based on a true story – no science fiction-and mass social media networking.) Any radical new technology needs an equally transformative media and educational effort for the public, and not just for scientists and policy wonks.

For the past decade, climate change deniers have referred to a so-called “hiatus” in global warming from 1998 to 2014 as proof that climate change is a hoax. This hiatus has, yet again, been disproved, and we no longer have the luxury of debating; we’re running out of time. 2016 shattered heat records in what is now being called a new trend in global warming, and “the burning of coal, natural gas, and oil for electricity and heat is the largest single source of global greenhouse gas emissions,” according to the EPA, followed by Industry, which as of 2010, accounted for 21% of global greenhouse gas emissions. Greenhouse gases cause the greenhouse effect which leads to global warming.

We are once again on the cusp of technological change, and the technologies that rely on the fossil-fuel, and even nuclear industries, are on the verge of becoming obsolete. Were it not for the corrupt, corporate elite who have spent the last few hundred years profiting from these industries immensely, change most likely would have come long ago. It’s up to the people now to force a technological revolution, before we destroy our planet completely.

This article (The New Earth Incubator: A Consortium for Sharing Suppressed Technology) is a free and open source. You have permission to republish this article under a Creative Commons license with attribution to the author and AnonHQ.com.