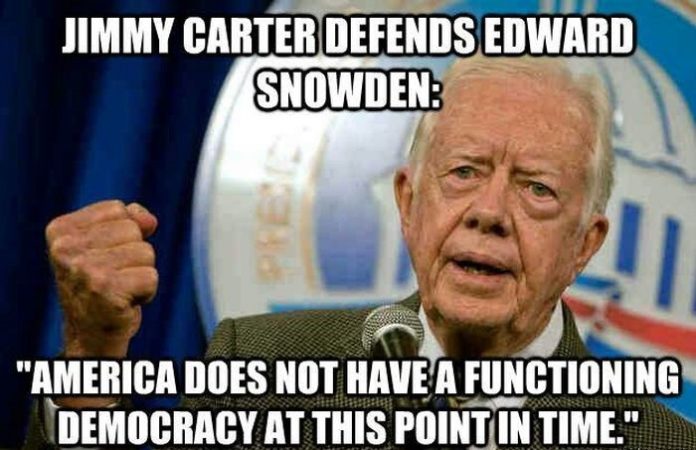 NECSI’s director, Yaneer Bar-Yam, who predicted the Arab Spring several weeks before it happened, says concentrating the power to organize society in the hands of a few individuals is absurd; a group of individuals cannot take the most favorable decisions for the society if it is not affected by the same issues. He tells VICE:

“There’s a natural process of increasing complexity in the world. And we can recognize that at some point that increase in complexity is going to run into the complexity of the individual. And at that point, hierarchical organizations will fail.

“We were raised to believe that democracy, and even the democracy that we have, is a system that has somehow inherent good to it. But it’s not just democracy that fails. Hierarchical organizations are failing in the response to decision-making challenges.

Because “a control hierarchy is designed to enable a single individual to control the collective behavior, but not directly the behavior of each individual,”  representative democracy is not the answer. Bar-Yam explains:

VICE’s Jason Koebler believes since “we expect a president — aided by advisors and Congress, of course — to ultimately make decisions in an environment that is far too complicated for any one person” democracy as we know it is failing. Bar-Yam substantiates:

“We cannot expect one individual to know how to respond to the challenges of the world today. So whether we talk about one candidate or another, the Democrats or Republicans, Clinton versus Trump, the real question ultimately is, will we be able to change the system?

“We’ve become fundamentally confused about what the decisions are, and what their consequences are. And we can’t make a connection between them. And that’s true about everybody, as well as about the decision-makers, the policymaker. They don’t know what the effects will be of the decisions that they’re making.”

While Bar-Yam proposes a more laterally-organized system of governance in which tons of small teams specialize in certain policies and work together to ultimately take decisions, economist Ludwig von Mises (who concluded that the complexities of society makes it difficult for centralized governments to act efficiently, way before Bar-Yam was involved in the study) offers a very different solution i.e. the absence of government interference:

“Liberty and freedom are the conditions of man within a contractual society. Social cooperation under a system of private ownership of the means of production means that within the range of the market the individual is not bound to obey and to serve an overlord.

“As far as he gives and serves other people, he does so of his own accord in order to be rewarded and served by the receivers. He exchanges goods and services; he does not do compulsory labor and does not pay tribute. He is certainly not independent. He depends on the other members of society. But this dependence is mutual. The buyer depends on the seller and the seller on the buyer.”

Is the desire for a representative democracy on the decline? Does choosing leaders matter anymore? Do governments mean coercion and compulsion? Is human society really that complicated to have a president? Please share your thoughts in the comments section below…

This article (The United States Should NOT Have a President — Here’s Why) is a free and open source. You have permission to republish this article under a Creative Commons license with attribution to the author and AnonHQ.com.