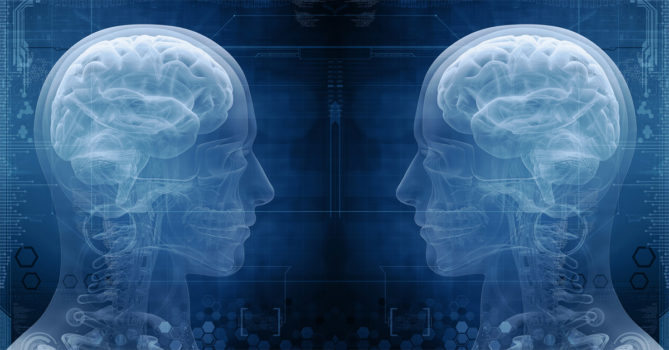 The National Toxicology Program has just concluded a two and half year, $25 million dollar study and the results are dissettling. According to their findings, the evidence “appears to support” a direct link between cell phone radiation and carcinogenic effects on human tissue.

The full results of the study will not be released until the Fall of 2017, but this past Thursday a portion of the results were released to the public. Given the size and duration of the study, it is without a doubt the largest and most significant study ever conducted on the cell phone – cancer correlation. “Given the widespread global usage of mobile communications among users of all ages, even a very small increase in the incidence of disease resulting from exposure to [radio-frequency radiation] could have broad implications for public health.” This is exactly why this experiment was undertaken. Only the results from the rats were released, we have to wait more than a year for the results of the mice. The reasoning for this was not addressed, leading many to speculate what this could mean. But according to the data they did release, “2 – 3 per cent of male rats developed glioma in their brains and around 1 – 6 per cent developed schwannoma of the heart” – both are forms cancerous cells.

Oddly enough, only male rats were effected – none of the female rats in the study developed cancerous cells. However, the babies they gave birth to were born with abnormally lower body weights than average. Another bizarre finding from the study, rats that were subjected to radiation lived twice as long as the control rats which were not. No rational for this was given.

In 2011 the World Health Organization officially classified cellphone radiation as a “2B possible carcinogen“, the same ambiguous group including pickled vegetables and coffee for example. This classification is used for substances possibly suspected to contain carcinogens causing gliomas and acoustic neuromas cancer cells. Though these effects had never been completely verified, according to one lead scientist from the investigation, the results from this latest study “appear to support” this hypothesis – the carcinogenic effects of cell phones.

It has long been debated if cell phones can cause cancers. As Ron Melnick, a former National Toxicology Program researcher who reviewed the results said, “Where people were saying there’s no risk, I think this ends that kind of statement.”

A critic of the experiment Professor Kevin McConway, an expert in applied statistics at The Open University, noted how radiation levels used in the study were “far in excess of that seen by people who use mobile phones” and maintained “I’m not going to stop using my mobile phone in the light of this.” Another critic, Dr Rodney Croft, director of the Australian Centre for Electromagnetic Bioeffects Research, said: “At present, and particularly given a range of uncertainties regarding its results, the report does not provide reason to move from the current scientific consensus that mobile phone-like exposure does not impact health.”

Even a small increase in cancer rates, 1-6% as the study suggests, would be extremely profound. Certainly nough to spark outrage among the general public to demand that the cell phone providers, the federal government, do something to stop this. When asked for a statement in response to the findings, an FCC spokesperson said “Scientific evidence always informs FCC rules on this matter. We will continue to follow all recommendations from federal health and safety experts including whether the FCC should modify its current policies and RF exposure limits.”

Current safety provisions regarding cell phones were designed in 1990 in response to the heating effect emitted by cell phones – the same heating effects of a microwave. Cell phones were required to safeguard against this, but do not protect from radio waves – like those studied in the experiment. As The Wall Street Journal suggests, “the latest findings could lead to changes in safety standards, such as only talking on a cellphone while using a headset and keeping the devices out of pants pockets.”

This article (New Research Finds Link Between Cancer & Cell Phone Use) is free and open source. You have permission to republish this article using a creative commons license with attribution to the author and AnonHQ. Join the conversations at www.anonboards.com