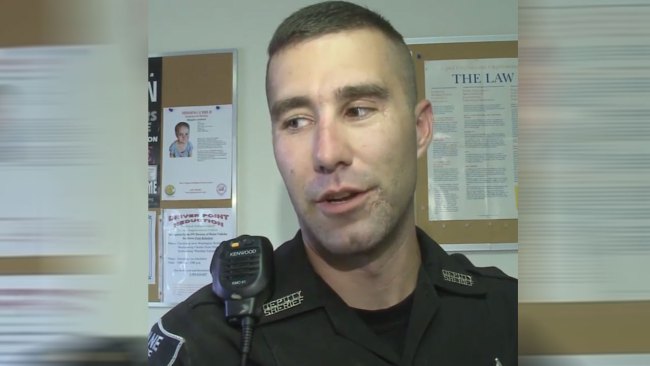 Charleston, West Virginia—Sheriff Matthew Bo Williams just took office last Sunday. The following Tuesday he was arrested and charged with stealing crystal meth from his previous employer’s evidence room. Being investigated at the time of his election, Williams was also photographed outside of a drug rehab clinic in December. The question has to be asked: if our elections mean anything, how can an admitted drug addict become the Sheriff of a town overrun with narcotics and corruption?

Williams was taken into custody and freed on a $50,000 bond. The charges against him stem from the theft of crystal methamphetamine from the agency’s secured evidence locker.

The arrest affidavit was released, detailing Williams’ crimes. According to the document, Williams stole more than $1,000 worth of meth between July 10, 2016 and Nov. 24, 2016. The thefts occurred in multiple locations within the evidence room.

Williams was a sergeant at the Spencer Police Department. After the thefts became known, the evidence, including drug bags, were found in his desk and his patrol car. All of the located bags had clearly marked evidence labels on them with specific case numbers. It was apparent that Williams was an addict and he did little to hide his tracks. Perhaps he had faith in the fact that he would be elected Sheriff and would be able to wiggle his way out of the situation.

Despite his troubles, there is still a chance he could hold onto his Sheriff’s seat. The Roane County officials plan to hold a meeting to discuss the future of Williams as Sheriff, and see who – if anyone – could legally replace him. For now, Williams plans on keeping his position and running the Sheriff’s office “to the best of his abilities.” He was elected Sheriff after running unopposed.

This article (Newly Elected Sheriff Busted Stealing Meth from Evidence Locker) is a free and open source. You have permission to republish this article under a Creative Commons license with attribution to the author and AnonHQ.com.