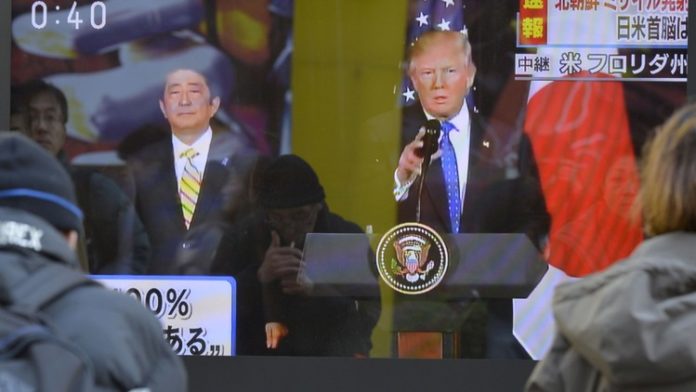 In breaking news, Korea has launched yet another missile, showing no signs of slowing down on its January threats to the United States, of being capable of launching a missile at anytime, anywhere.

Russian officials have now weighed heavily in on the concern, asking for all nations to cooperate in simmering the looming North Korean tensions, even calling for a possible Russian-US cooperation, “however utopian that may appear now.”

Although the latest launch does not pose a direct threat to North America, the missile fired – assessed as a medium range ballistic missile – is still concerning.

The statement, released at 1 pm Saturday, at Trump’s estate in Florida, demanded North Korea to comply with the UN Security Council resolutions.

South Korea has also condemned the launch, saying that their international security is now under “serious threat.”

The United States, along with Japan, Russia and the European Union have banded together to implement sanctions against North Korea, ensuring that Kim Jong-un understands the nation will “never be able to survive” unless the nuclear program and weapons are abandoned.

Nonetheless, South Korea is now stating they will punish North Korea for this latest missile launch, which was confirmed to have landed shy of Japanese territorial seas after making a 500-kilometre journey into the Sea of Japan, also known as the East Sea, between the Korean Peninsula and Japan.

According to the US Strategic Command, two missiles were originally detected, one of which appeared to have exploded shortly after launch.

The United States is determined to not let the missile launch sway the latest military drills with South Korea scheduled for later this month, that it claims is defensive, not provocative as North Korea suggests.

Officials are still analysing the North Korean capabilities, and are yet to release detailed accounts of the launch.

This article (North Korea Fires Missile into Sea of Japan, Alarms Tokyo) is a free and open source. You have permission to republish this article under a Creative Commons license with attribution to the author AnonWatcher and AnonHQ.com.