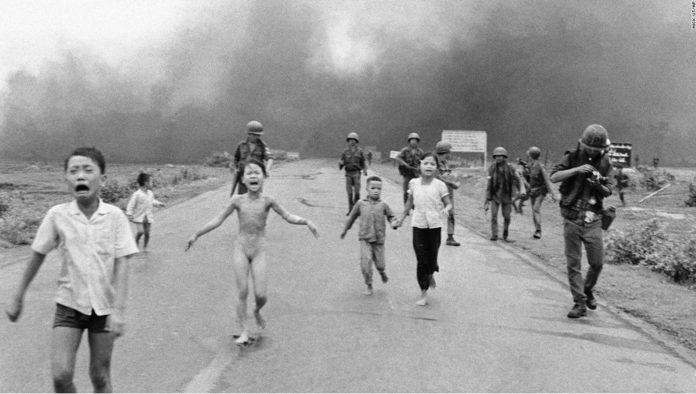 Failure to distinguish between child pornography and famous war photographs has forced Facebook to mend its ways.

In August, Facebook deleted the Pulitzer Prize-winning photograph by Associated Press photographer Nick Ut from the Facebook page of a Norwegian author Tom Egeland. Egeland had included the iconic Vietnam War photograph of a crying 9-year-old naked girl running away from a napalm attack in 1972 as one of “seven photographs that changed the history of warfare.” Under Facebook protocols, Facebook representatives said it violated Facebook’s policy on displaying nudity. Egeland was subsequently suspended from Facebook.

When Aftenposten, Norway’s largest newspaper, reported Egeland’s story using the same photograph and shared it on its Facebook page, it received a message from Facebook asking it to “either remove or pixelize” the photograph, since its community standards mandate removal of “any photographs of people displaying fully nude genitalia or buttocks, or fully nude female breast.” Before Aftenposten could respond, Facebook deleted the post, as well as the photo from Aftenposten’s Facebook page. Espen Egil Hansen, the editor-in-chief and CEO of Aftenposten, then published a front-page open letter to Facebook CEO Mark Zuckerberg, accusing “the world’s most powerful editor” of thoughtlessly abusing his power. He wrote:

“I am writing this letter to inform you that I shall not comply with your requirement to remove a documentary photography from the Vietnam War made by Nick Ut. Not today, and not in the future.

“I am upset, disappointed — well, in fact even afraid — of what you are about to do to a mainstay of our democratic society. The napalm girl is by far the most iconic documentary photography from the Vietnam War. The media played a decisive role in reporting different stories about the war than the men in charge wanted them to publish. They brought about a change of attitude which played a role in ending the war. They contributed to a more open, more critical debate. This is how a democracy must function.

“I have written this letter to you because I am worried that the world’s most important medium is limiting freedom instead of trying to extend it, and that this occasionally happens in an authoritarian way.”

However, the row over Facebook’s attempt to censor world history erupted after Mark Zuckerberg’s company started deleting the “napalm girl” photo from other user’s Facebook profiles, as well. A censorship battle ensued after the social media giant deleted the photo from Norwegian Prime Minister Erna Solberg’s personal page. Along with a series of famous historic photos – with black boxes censoring their respective focal points – an angry Solberg then wrote:

“What Facebook does by removing images of this kind, good as the intentions may be, is to edit our common history. I want my children and other children to grow up in a society where history is taught as it was. Where they can learn from historical events and mistakes. Today, pictures are such an important element in making an impression, that if you edit past events or people, you change history and you change reality.”

After its censorship ignited a fierce debate about free speech and privacy on the Internet, Facebook said it would restore the photo, discuss the issue with publishers, as well as adjust its review process.

“After hearing from our community, we looked again at how our Community Standards were applied in this case. An image of a naked child would normally be presumed to violate our Community Standards, and in some countries might even qualify as child pornography. In this case, we recognize the history and global importance of this image in documenting a particular moment in time.

“Because of its status as an iconic image of historical importance, the value of permitting sharing outweighs the value of protecting the community by removal, so we have decided to reinstate the image on Facebook where we are aware it has been removed.”

She’s not “Napalm Girl”. She’s a person; she has a name: Phan Thi Kim Phúc. Please use it.

The Story Behind The ‘Napalm Girl’ Photo

On June 8, 1972, when the South Vietnamese air force dropped a load of napalm on Trang Bang, Ut saw a group of children and soldiers, along with a screaming naked girl — 9-year-old Phan Thi Kim Phuc — running up the highway, badly injured by napalm. Ut took her to an American facility, where she was treated for third-degree burns covering 30% of her body, saving her life. The photo became a cultural shorthand for the atrocities of the Vietnam War, writes TIME, and joined Malcolm Browne’s Burning Monk and Eddie Adams’ Saigon Execution as defining images of that brutal conflict.

This article (Norway Slams Facebook for Censoring the Iconic Vietnam War Photo of a Terrified Naked Girl) is a free and open source. You have permission to republish this article under a Creative Commons license with attribution to the author and AnonHQ.com.