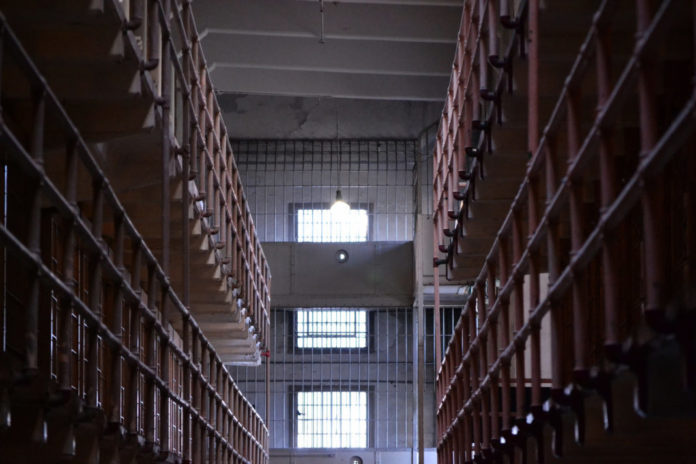 In the wake of the presidential election, an era of change is expected to blanket the United States. While it is currently uncertain how far President-elect Donald Trump will go with many of his controversial policies, we have a relatively clear idea of how some of the country’s systems may be altered.

The prison system, for example, is expected to continue on the path to privatization. As we have mentioned in the past, privatization solely benefits the corporations that dominate the industry. In the United States, private correctional facilities were a $4.8 billion industry in 2014, with profits of $629 million, according to market research firm IBISWorld.

US prison statistics often appear skewed as the nation’s systems of confinement are so fragmented and controlled by various entities. However, using the data available, it is estimated that as many as 2.3 million people are housed in 1,719 state prisons, 102 federal prisons, 942 juvenile correctional facilities, 3,283 local jails, and 79 Indian Country jails as well as in military prisons, immigration detention facilities, civil commitment centers, and prisons in the U.S. territories.

Many of the people serving time in these facilities, particularly federal and juvenile correctional facilities, have been charge with non-violent offences such as drug offenses. As of 2015, the United States had a prison population rate of roughly 700 per 100,000 – the second-highest of 222 countries.

Norway’s impressive crime and incarceration statistics are attributed to a concept called “restorative justice,” which focuses on rehabilitating prisoners instead of punishing them. As part of this concept, the maximum sentence that can be passed by a court judge is 21-years, whatever the crime. However, if it is believed that a prisoner has not been rehabilitated, the initial sentence can be extended by up to 5 years.

The prisons of Norway became a topic of debate after a number of new sources featured photographs of the ‘luxury’ facilities at Halden Prison.  Unlike their US counterparts, the prison does not have bars on the windows; it encourages prisoners to make friendships with guards and have kitchens that are fully equipped with sharp objects. In addition, the 75-acre facility also offers vocational programs including woodworking, assembly workshops, and even a recording studio.

“In closed prisons we keep them locked up for some years and then let them back out, not having had any real responsibility for working or cooking. In the law, being sent to prison is nothing to do with putting you in a terrible prison to make you suffer. The punishment is that you lose your freedom. If we treat people like animals when they are in prison they are likely to behave like animals. Here we pay attention to you as human beings.”

For Americans, and many other nations, Norway’s criminal justice system appears to be inadequate. In the majority of nations, prison is, to simply put it, a form of revenge. For this reason, the idea that prisoners are treated with respect and offered opportunity often doesn’t sit right with many Americans. However, the success of Norway’s criminal justice system is plain to see.

“[Revenge]. That word doesn’t get used. Even a right-wing politician will rarely come out and say ‘Our prisons exist for us to get revenge.’ We have to be honest with ourselves, as American, we have a few things we need to fix,” Michael Moore, who’s film ‘Where to Invade Next’ searches the world for answers to some of America’s biggest problems, explains in an interview.

This article (Norway’s Effective Criminal Justice System Shocks Americans) is a free and open source. You have permission to republish this article under a Creative Commons license with attribution to the author and AnonHQ.com.