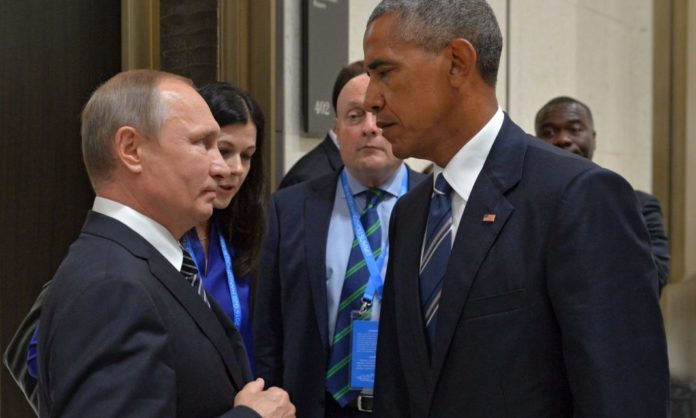 President Obama, who has nearly two weeks in office remaining, stated earlier this month that he is drawing up new sanctions against Russia in opposition to the Russian hacks involving this year’s presidential elections.

According to President Obama, the list has many names from Russia’s leading Intelligence Directorate – those standing accused of hacking the Democratic National Committee’s servers. The top cream of the Russian intelligence directorate, locally known as Glavnoye Razvedyvatel’noye Upravleniye (GRU), have also been charged, alongside the Federal Security Service, and also two hackers.

The report also suggested that there were several companies that were providing support for the hacking operation, which are also included in the sanctions.

These sanctions will see more than 35 Russian diplomats removed from the United States.  The White House also suggests that these individuals were going beyond their diplomatic limits. By the President’s orders, there have been two compounds that the Russians use for intelligence purposes, one of them in New York and the other in Maryland, both of which have been closed.

In President Obama’s statement, he also noted that the American government had no choice but to take these measures against the Russians. He further stated that these actions were executed preceding fair amounts of public and private warnings that were issued to the Russian government.

However, President Vladimir Putin’s spokesperson responded to these newly imposed sanctions intentions. “These types of actions of the United States government that has a few weeks left to work are focused on 2 things: to further damage Russia and America’s ties, and obviously, work a blow on the foreign policy strategies of the new government of the president-elect,” he said.

2016’s hack of the DNC was reported in the MSM news as causing serious damage to the party, and ultimately resulted in the resignations from top officials and members of the party. It is also widely reported that the Russians may have been involved in Hillary’s email hacks involving John Podesta, the former chairman of last year’s Hillary Clinton’s campaign. The emails that were later released are considered to be one of the factors in the loss of Hillary Clinton’s run for president, however Julian Assange has vehemently denied any Russian involvement.

Nonetheless, the future of these sanctions is all dependent on the President-elect. Donald Trump’s more lenient stance towards the Russians is well known, and only recently he has advocated for strengthening the Russian-American relationship.

According to American intelligence agencies, the hacks were an attempt to help Donald Trump win the elections.

This article (Obama Announces Punishment Plans for Russia) is a free and open source. You have permission to republish this article under a Creative Commons license with attribution to the author and AnonHQ.com.