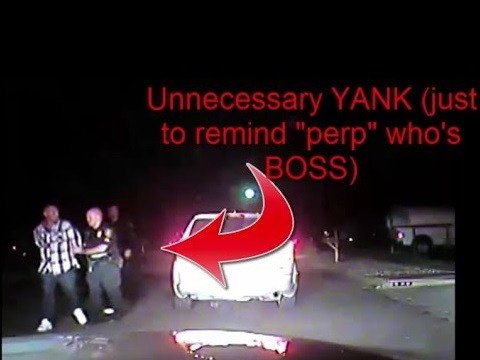 The Clovis Police department has launched a formal Internal Affairs Investigation to determinate if any Policy, Regulation or Procedure has been violated from an August 3, 2014 traffic stop and arrest made by Officer Brent Aguilar.

The Clovis Police Administration and Supervisors launched this investigation after reviewing a Use of Force Report, Arrest Reports and accompanying incident video (scroll down to watch the video).

The video has been posted on Youtube by the user Clovis Police Watch, with the following description:

‘’In August 2014, Officer Brent Aguilar of the Clovis Police Department (Clovis, NM) stopped a vehicle for a traffic stop. When the passenger simply asked why they were being stopped, the Officer turned the investigation on the passenger and demanded his ID. When the passenger kept asking why the vehicle was stopped, Officer Aguilar said he was under arrest for Concealing ID. While taking him to his patrol vehicle, Officer Aguilar claims he “Resisted” and suddenly slams this 26-year-old on the ground, breaking his cheekbone and causing thousands of dollars in medical bills. To top matters off, he then charges the young man with Resisting as well. The State is still proceeding with charges against this person for Concealing and Resisting. Officer Aguilar has a different pending excessive force case against him and an Officer Rebecca Cruz for injuring Eugene Foster. Clovis Police Department has deleted all comments from their Facebook page and states that people with comments or concerns can send them to [email protected] I would encourage anyone with a comment or concern about this police action or Officer to contact that email. Nothing has been done to resolve this case or this Officer’s actions as of date.’’

A day ago, Steve Sanders, Chief of Police issued a press release stating that the Officer has been placed on limited duty and removed from working in the public until the conclusion and outcome of the formal investigation.