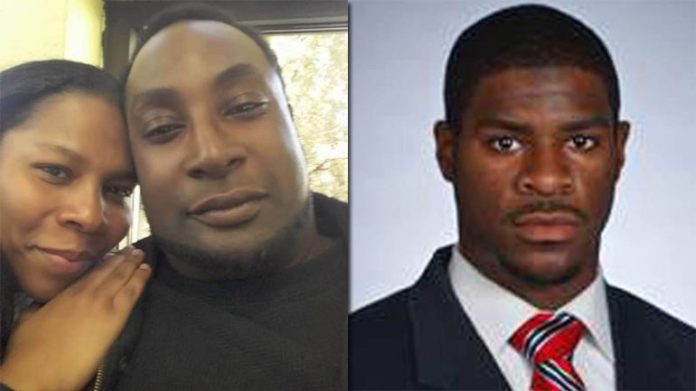 Mecklenburg Police Officer Brentley Vinson will not face charges following the local prosecutor’s review of the evidence in the killing of Keith Scott. According to District Attorney Andrew Murray, the decision not to prosecute was unanimous amongst himself and fifteen prosecutors. Despite the technical reasons for the failure to pursue charges, this case highlights two core problems that police culture continues to demonstrate. The story that was initially released was full of misinformation. Many media sites jumped on statements from witnesses that Keith Scott did not have a gun, when he clearly did. They also reported that his shooter was white, which he was not. The misinformation, combined with a community already devastated by recent killings of black men by police, led to protests and demands for justice. At the core of this shooting is further outrage and a continuous message to police. This message was echoed on the shirts and signs of protesters: “Stop killing black people.”

The first problem for police culture, demonstrated by the shooting, is the belief that more black cops will solve the problems and racial divides we are experiencing. Adding black cops to a system that was built on racism does little but conform police officers of color to their way of thinking. Police are molded into a uniform product through indoctrination; into the culture from the time of recruitment, through training, and then to patrol on the streets. The fact that Keith Scott was shot and killed by a black officer is significant, as it shows the same lack of empathy and need to dominate a situation by force, as is demonstrated by the majority of white officers involved in the killings of African Americans. According to the prosecutor, Scott was holding a firearm in his hand at the time of the shooting, and that he was commanded by officers ten times to drop the weapon before he was shot. “It is my opinion that Officer Vinson acted lawfully when he shot Mr Scott.”

This is the second problem highlighted by the shooting. How much time is enough time to give a person before the police open fire? By law and police policy, police are authorized to shoot anyone holding a firearm in a situation they deem unsafe, at any time, and without warning. As demonstrated in the case of Tamir Rice, who was shot within one second of police arriving, if they believe you are armed, cops don’t need to warn you before shooting. Applying this standard, police could have been judged as having gone above and beyond their attempts to resolve the situation. This shooting is justified by law, but it is a failure of humanity and what we are willing to accept as standard. District Attorney Murray acknowledged that many would be frustrated with his decision, stating that he had met with Scott’s family to advise them. According to reports, the family was “extremely gracious” upon receiving the news. Despite being gracious, the family’s statements to the news expressed they were “profoundly disappointed.”

“All our family wanted was justice and for these members of law enforcement to understand that what they did was wrong,” the family released in a statement.

This article (Officer Who Killed Keith Scott will not Face Charges) is a free and open source. You have permission to republish this article under a Creative Commons license with attribution to the author and AnonHQ.com.