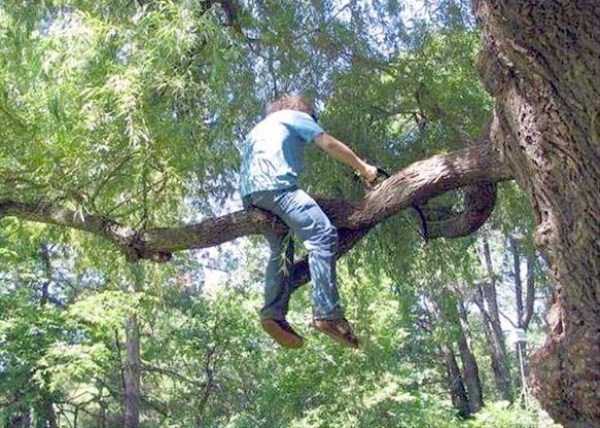 Sometimes we engage in argument about the behavior of men and women. Whereas, it is likely for many men to say women are more stupid than men. On the other hand, women are also likely to believe that their opposite sex is more stupid than them.

To put this petty argument to rest with empirical evidence, a study released by the Darwin Awards has said that men are proven more foolish than women.

The Darwin Awards is named after the famous English Naturalist and Geologist, Charles Darwin. Darwin was best known for his contributions to the science of evolution. His book, the Origin of Species by Means of Natural Selection, published in 1859, is considered to be the foundation of evolutionary biology. The Awards is an annual review of the most foolish ways through which people have died.  The researchers decided to use ‘foolish death’ as a benchmark to determine who is more foolish between the two sexes. The Awards recognize those who have inadvertently improved the gene pool, by eliminating themselves from the human race by shockingly stupid methods. The study concluded that almost 90% of people who have died through these foolish ways, were men. Notable candidates who were remembered in the study included a man who stole a ride home by hitching a shopping trolley to the back of a train, only to be dragged two miles to his death before it was able to stop.

Another male, this time a potential terrorist, unthinkingly opened his own letter bomb on its return after he posted it with insufficient stamps,  was also mentioned in the study.

A man who shot himself in the head with a ‘spy pen’ weapon to show his friend it was real, was also remembered. A male thief attempting to purloin a steel hawser from a lift shaft, unbolting it while standing in the lift, which then plummeted to the ground, killing him instantly, was also remembered for dying through his own ‘fantastic’ foolish action. In total, 332 independently verified nominations of people who have died through foolish ways were reviewed. However, 14 were ruled out of the analysis because they were shared by male and females, usually overly adventurous couples in compromising positions. The researchers said the big gender gap, which the study revealed, is entirely consistent with what is known as the Male Idiot Theory (MIT): That men are idiots, and idiots do stupid things.

The researchers wrote in the British Medical Journal that it is puzzling that men are willing to take such unnecessary risks, simply as a rite of passage in pursuit of male social esteem, or solely in exchange for bragging rights. Dr Dennis Lendrem from the University of Newcastle, who played a key role in the study, explained idiotic risk and the MIT.

“Idiotic risks are defined as senseless risks, where the apparent payoff is negligible or non-existent, and the outcome is often extremely negative and often final. According to ‘male idiot theory’ (MIT) many of the differences in risk seeking behavior, emergency department admissions, and mortality may be explained by the observation that men are idiots and idiots do stupid things. There are anecdotal data supporting MIT, but to date there has been no systematic analysis of sex differences in idiotic risk taking behavior.” The researchers admitted the study has limitations because women may be more likely to nominate men for a Darwin Award, or the sex difference may reflect differences in alcohol use between men and women. But that notwithstanding, the study overwhelmingly proved that men are more stupid than women.

This article (Official: Study Confirms Men are More Stupid than Women) is a free and open source. You have permission to republish this article under a Creative Commons license with attribution to the author and AnonHQ.com.