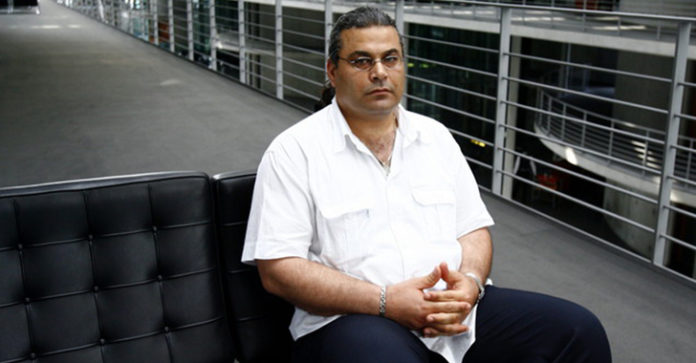 Written by: SM Gibson at thenantimedia.org

On December 31, 2003, Khaled El-Masri was seized by Macedonian border officials after being mistaken as a member of al-Qaeda. El-Masri was held in Macedonian custody for 23 days before being “rendered” (an extrajudicial transfer of a prisoner) into the hands of the CIA.

After receivership of Khaled, the CIA put him through a process that the Agency refers to as “capture shock”. El-Masri, a German citizen, was subjected to being stripped, hooded, shackled, severely beaten and sodomized with a suppository. The man was then drugged and taken to a secret detainee facility located in Afghanistan called the “Salt Pit”.

The United States held El-Masri at the secret prison for four months where he was frequently beaten, kicked, tortured, and smashed into walls among other various forms abuse that he had to endure. At no time was the German charged with a crime or given the ability to contact his family or his country. To the outside world, he had simply disappeared.

Eventually the Agency realized that they had apprehended the wrong man but continued to hold him captive for another few weeks before deciding to give the innocent man his freedom back.

Even in his release though, the CIA demonstrated how little they value or respect human life. El-Masri was blindfolded, earmuffed, and chained to the seat of an airplane which eventually dropped him in Albania. The German was dumped on the side of the road with €14,500 to buy his silence and zero explanations.

The United States had apparently confused El-Masri with a suspected member of al-Qaeda who shared a similar name.

German Chancellor Angela Merkel, with then Secretary of State, Condoleezza Rice, by her side, spoke with journalists in December of 2005 and disclosed that the United States government admitted to its mistake regarding Khaled. The US however refused to take responsibility for his torture and the appalling conditions which he was subjected to.

Despite the CIA having admitted to apprehending and detaining an innocent man, they have continually declined to admit to something that has now finally been confirmed with the release of the CIA torture report. The United States has indeed kidnapped and tortured innocent people.

Isn’t it time to admit that we need a drastic change in this country?

The secrecy, lies, torture, and overall offensive nature of US foreign policy needs to end now. Before it ends us.

List of Songs the CIA Used to Torture Muslim Prisoners

The Playlist Used By The CIA To Torture Detainees