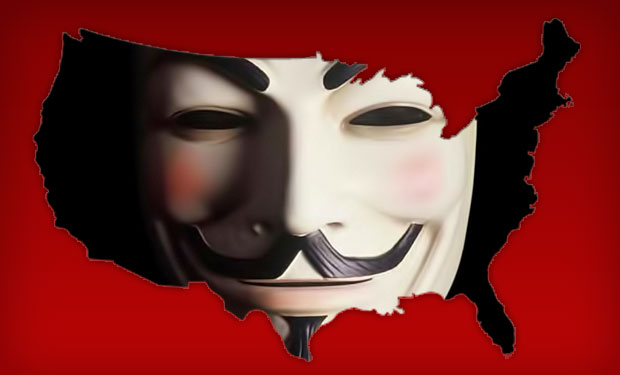 #OpResistance is engaged. Anonymous on YouTube have issued President Donald Trump a warning to stand down from office and resign by Feb. 28, stating that since he has taken up office, “an unprecedented attack on basic human decency and civil rights” has been witnessed.

A countdown timer has also been installed on the Operation Resistance website, counting down the days, hours, minutes and seconds until the uninstalling of the current Trump regime commences.

The opening footage of the YouTube message gives a nod to those already protesting. “We will protest, resist and continue to practice civil disobedience until we can clearly state that this regime is at an end. You have exactly 35 days or we will take to the streets in a day of resistance,” says The Anon Message, Anonymous.

“Refusing immigration from Muslim countries set the precedent for an isolationist ideology that history has shown us is what perpetuated both world wars,” the clip continues, referencing history to support its argument.

“We will not rest until these demands are met. If these demands are not met we will not let you sleep without hearing our voices ring across this great nation. You have exactly 35 days or we will take to the streets in a day of resistance. We will let you know the true extent of the American people’s power and influence. We are a nation founded on revolution and we will continue that tradition until our government is once again stable and in competent hands.”

Trump’s “pedalling blatant lies” and the expedition of the Dakota Access Pipeline are but some of what is mentioned. “We will not stand for this.”

1.   That Donald Trump resign from the office of President of the United States by 28 February, 2017;

2.   That the current administration submits its resignation by 28 February 2017;

3.    That the interim administration be made of senior elected officials of the Independent Party, thus removing any bias or unwanted opposition misappropriation;

4.   That early free and fair elections are called on as soon as possible.

On March 1, if this doesn’t take place, the call is for people to take to the streets and mass march for change – “On March 1st, expect us all.”

This article (#OpResistance Engaged, Trump Told to Resign by Feb. 28) is a free and open source. You have permission to republish this article under a Creative Commons license with attribution to the author AnonWatcher and AnonHQ.com.