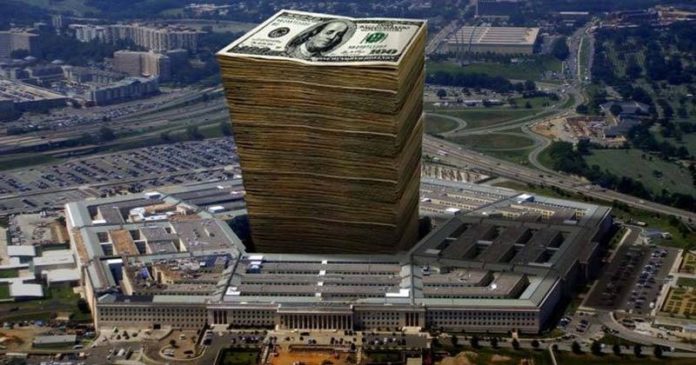 For a longtime, many concerned observers have spoken out against what is going on inside the Pentagon, the headquarters of the United States Department of Defense (DoD).

These critics are vehemently opposed to the defense spending of the DoD.  Statistics show that the United States defense spending has risen over the years. In 2015, the country spent approximately $601 billion on defense, which is more than the next 7 highest spending countries combined. For a country to waste over $600 billion on only defense, while part of the population is wallowing in abject poverty, is unacceptable, according to critics. According to Worldometers statistics, as of September 5 2016, the United States population stands at 324.5 million.  Out of this figure, a staggering 45 million live in poverty.

However, it appears that some Pentagon senior officials are starting to reason with observers. Some senior officials of the DoD have now openly criticised the country for wasting money on needless defense facilities. According to these concerned officials, if these needless facilities are closed down, it could save the country up to $2 billion annually.

At the end of the Second World War, the United States held many military bases, forts, posts and stations across the world. When the DoD was first founded as the National Military Establishment in 1947, it took over the administration of these facilities. However, when the Cold War between the United States and the then Soviet Union broke out in the same year the DoD was founded, the United States government increased the number of the facilities. When the Soviet Union was finally gone and no Cold War available for an excuse, the facilities still existed, continually operating needlessly, wasting resources. After critics spoke against these white elephant facilities, the Federal government, in the late 1980s established the commission known as the Base Realignment and Closure (BRAC) to ensure that the DoD closes down these military installations. Since the BRAC was introduced, more than 350 installations have been closed in five BRAC rounds: 1988, 1991, 1993, 1995, and 2005.

The Pentagon officials pointed to a 22% excess capacity across the DoD. The officials who want the facilities shutdown to save scarce resources, told Congress to authorize another round of BRAC.

In a report sent to Congress, the officials presented their argument for the need for another round of BRAC. It revealed that the Army’s excess capacity is 33%; the Air Force’s is 32%; the Defense Logistics Agency’s is 12%, and the Navy’s is 7%.

The officials who presented the report to Congress were confident that if all these needless military facilities were closed down, it would save the country up to $2 billion in defense spending.

A strong advocate for another round of BRAC is the Deputy Secretary of Defense, Bob Work. He said in a letter to Congress: “As Department of Defense leadership has repeatedly testified, spending resources on excess infrastructure does not make sense. Therefore, we urge Congress to provide the Department authorization for another round of BRAC. Our recently submitted BRAC legislative proposal responds to congressional concerns regarding cost.”

But as these officials are pressing for another round of BRAC, it is said some members in Congress are reluctant to ensure the closing down of the facilities. Members of the House Appropriations Military Construction Subcommittee said issuing another round of BRAC will inflate the DoD budget.

Chairperson of the Senate Armed Services Subcommittee on Readiness and Management, Senator Kelly Ayotte said she will not include the authority to conduct a BRAC round in her subcommittee’s mark of the 2017 National Defense Authorization Act. She said that amid tight DoD budgets, the military cannot afford BRAC, whose costs ballooned 67 percent during the last round, in 2005.

“I do not want to give the department the open-ended authority to pursue another BRAC round that will potentially incur significant upfront costs when we do not have the room in our budget in the next few years to afford many fundamental readiness investments that are right before us,” she said.

However, observers say Mrs Ayotte’s decision is erroneous. This is because spending money to close the facilities will, in the long term, save the country more money.

This article (Pentagon Admits Money Wasted on Useless Defense Spending; Cutting Down Could Save $2 Billion Annually) is a free and open source. You have permission to republish this article under a Creative Commons license with attribution to the author and AnonHQ.com.