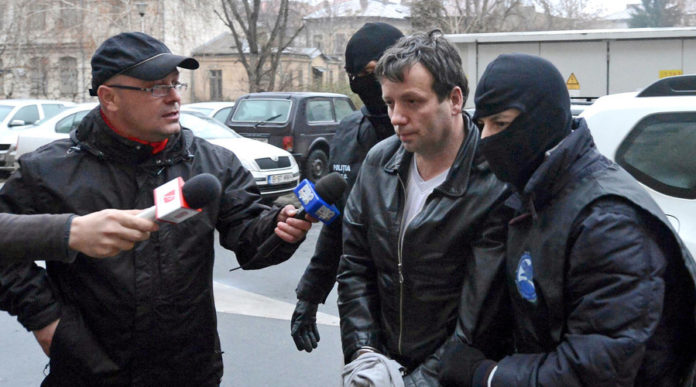 Yet another hero has been sentenced to a lengthy jail sentence. His crime: exposing the truth. Romanian hacker Guccifer was sentenced to 52 months in a federal prison. Guccifer’s real name is Marcel Lazar Lehel. He was arrested and charged with hacking the email accounts of over 100 Americans. Among the hacked emails were the correspondences between Hillary Clinton and adviser Sidney Bloomenthal, which exposed her use of a private email server. The government pushed for a harsh sentence, to send a message to any would-be hackers who are concocting their own plots.

Despite the fact that Guccifer claimed to have hacked Clinton’s private server directly, he was not charged with this. The FBI denies this claim. Instead, he was charged for hacking the accounts of members of the Bush family, Colin Powell and numerous celebrities. This hack, and the information it uncovered cost the government time and money into an investigation, which everyone knew from the start would be a wash. Guccifer’s sentence appears to be an act of revenge for his exposing of the corruption that persists in Washington.

Guccifer was first brought into the spotlight when the website The Smoking Gun credited him with family photos circulated of Dorothy Bush Koch, George W. Bush’s sister. This was one of the cases he was charged with. He was first jailed in Romania for hacking the Romanian government. He was then extradited to the United States in March 2016, where he faced these new charges. Other accounts hacked included those belonging to US senator Lisa Murkowski, agents of the FBI and Secret Service, as well as dozens of other high ranking government officials.

Another hacking group has surfaced under the moniker of Guccifer 2.0. Despite the name, which appears to pay homage, the group is unrelated to Marcel Lazar. This group has taken credit for the Democratic National Committee hack, which exposed evidence of DNC favoritism toward Hillary Clinton. Attempts have been made to link this group with the Russian government, however, at the moment, it appears there was more evidence of WMDs in Iraq, than a Russian connection to Guccifer 2.0. In light of this, Russia has been painted as the big bad wolf lurking on the horizon in regards to their hacking capabilities, with weak connections being exploited as certainties. Lehel was hit with a wave of panic in early 2014; it was then that he realized the government may be on to him. Lehel believed Romanian authorities were able to connect Guccifer with a past alias of Little Smoke, and said as much on the news. He destroyed his hard drives and phone with an ax. Weeks later, his home was raided and he was taken into custody.

“I was expecting them, but the shock was still very big for me,” Lehel said during an interview from jail with the New York Times.”It is hard to be a hacker, but even harder to erase your tracks.”

According to Lehel, he had no formal training in computers and simply “guessed” at passwords after reading about the person on the Internet. According to reports, Lehel repeated a process of trial and error, taking as long as six months to break a password. As it turns out, the authorities had made no connection between his aliases and didn’t even realize Guccifer was Romanian, according to George Maior, the head of Romania’s domestic intelligence service. The little reference was meant to “minimize his aura of un-catchability.”

Lehel’s charges in the US claim that he was attempting to extort “money and property by means of materially false and fraudulent representations, pretenses and promises.” This was despite the fact that Romanian investigators found no indications that Lehel had any intention to extort his victims.

According to the New York Times, Lehel described his motivation as a “A potpourri of conspiracy theories about the terrorist attacks of Sept. 11, 2001, the 1997 death of Princess Diana and alleged plans for a nuclear attack in Chicago in 2015.” He provided them with a hand written statement saying “This world is run by a group of conspirators called the Council of Illuminati, very rich people, noble families, bankers and industrialists from the 19th and 20th century.”

From “guessing” state officials’ passwords to blaming the Illuminati, it hard to tell if Lehel is speaking truthfully or if he is having fun with prosecutors and the press.

Guccifer’s sentence is yet another battle lost in this war against hackers and leakers of vital information. The government always appears to be more concerned with the source of damning leaks as opposed to the crimes that the leaks uncovered. The investigation into Hillary Clinton’s email server appeared to have been a wash from the start. The FBI however, were more interested in stopping the flow of information than ensuring justice was done.

This article (Hacker Guccifer Sentenced to 52 Months in Federal Prison) is a free and open source. You have permission to republish this article under a Creative Commons license with attribution to the author and AnonHQ.com. 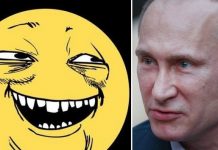 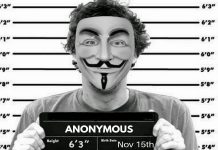 The End of the Anonymous Hacker?