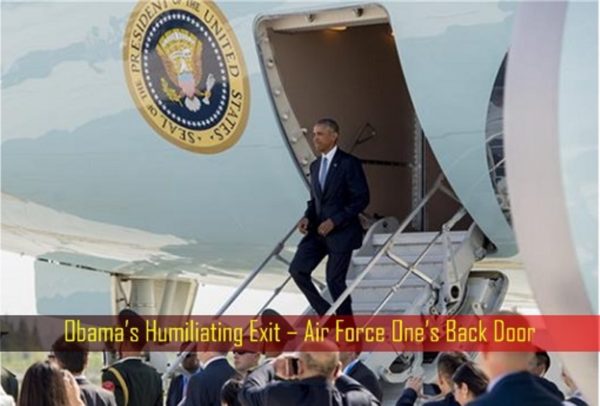 In the month of August, we extensively covered developments in the Far East, especially in South East Asia where the South China Sea has sparked a diplomatic row in the area.

We predicted that the current geopolitical contest between the United States and China over the South China Sea has reached an unprecedented ugly stage, which can serve as a precursor to the Third World War. Fallout from the Group of 20 (G-20) nations meeting held in the Chinese eastern city of Hangzhou has showed that the world is sitting on a timed bomb. The G-20 summit is an international forum for the governments and central bank governors from 20 major economies. It was founded in 1999 with the aim of studying, reviewing and promoting high-level discussion of policy issues pertaining to the promotion of international financial stability. President Barack Obama arrived in Hangzhou in his presidential jet, the Air Force One on Saturday, September 3, 2016. Upon arrival, he patiently waited for the usual ceremonial red carpet staircase to be connected to the plane, so that he could disembark. However, Obama waited and waited, but the staircase never came. Finally, his security team decided that he should use the emergency door to exit the plane. With no option available to him, Obama used the emergency door. It is said the door is normally reserved for high-security trips to places, such as Afghanistan and Iraq. The Guardian reports that when Obama arrived on the red carpet on the tarmac, his security team, together with journalists accompanying him, had a heated exchange with their Chinese counterparts. The scene was so ugly and chaotic that one Chinese official was caught on video shouting: “This is our country! This is our airport!” United States media has, since the incident, accused China of delivering a calculated diplomatic snub against their president.

The New York Times reported how “the reception that President Obama and his staff got when they arrived here Saturday afternoon was bruising, even by Chinese standards.”

President Obama was forced by journalists to comment on the incident while in China. At a press conference, Obama tried to play down the evident tension: “We’ve got a lot of planes, a lot of helicopters, a lot of cars and a lot of guys. If you are a host country, sometimes it may feel a little bit much.”

But the United States national security adviser, Susan Rice admitted she had been surprised by the handling of Obama, by the Chinese. She told reporters: “They did things that weren’t anticipated.” It is said Rice had been extremely angry over the treatment of Obama, and had even confronted the Chinese on the tarmac. According to official statements issued by both Chinese and American officials, the two countries held bilateral talks at the sidelines of the summit.

According to a White House statement, Obama told president Xi Jinping that America will continue to support human rights in the Far East, including China.

The Chinese state-run news agency, Xinhua reported that Mr Xi replied to Mr Obama, saying that China highly opposes any other country – including the United States – interfering in its internal affairs in the name of human rights issues. The Washington Post admitted that the relationship between China and the United States has become frayed and fraught with frustration, making the situation dangerous for both countries.

Commenting on the Chinese refusal to give Obama the red carpet, Mexico’s former ambassador to China, Jorge Guajardo told the Guardian in an interview that he was convinced Obama’s treatment was part of a calculated snub.

“These things do not happen by mistake. Not with the Chinese. I’ve dealt with the Chinese for six years. I’ve done these visits. I took Xi Jinping to Mexico. I received two Mexican presidents in China. I know exactly how these things get worked out. It’s down to the last detail in everything. It’s not a mistake. It’s not. It’s a snub. It’s a way of saying: ‘You know, you’re not that special to us.’ It’s part of the new Chinese arrogance. It’s part of stirring up Chinese nationalism. It’s part of saying: ‘China stands up to the superpower.’ It’s part of saying: ‘And by the way, you’re just someone else to us.’ It works very well with the local audience,” he said. On July 12, 2016 the Permanent Court of Arbitration in The Hague ruled that China’s nine-dash-line claim in the South China Sea, and its land reclamation activities on islets, are invalid and unlawful. The Philippines had dragged China to the PCA over the territorial dispute. But despite the ruling in favor of the Philippines, China has vowed to take all necessary measures available to protect its sovereignty over the area, revealing that it had the right to set up an air defense zone on the sea.

The Chinese Defense Minister, Chang Wanquan recently urged his country’s citizens to prepare for, what he described as the people’s war at sea. China has since been positioning and testing its nuclear weapons, and planning military drills on its waters with Russia. The United States, on the other hand, has interests in the South China Sea. It is even planning to use its allies in the region – including Japan, South Korea and the Philippines – to sail on the disputed waters under a so-called Freedom of Navigation principle. This has angered the Chinese, sparking further tensions.

This article (Battle Line Drawn: China Forces Obama to Exit Air Force One via Emergency Door, Tempers Flare at G-20 Summit) is a free and open source. You have permission to republish this article under a Creative Commons license with attribution to the author and AnonHQ.com.