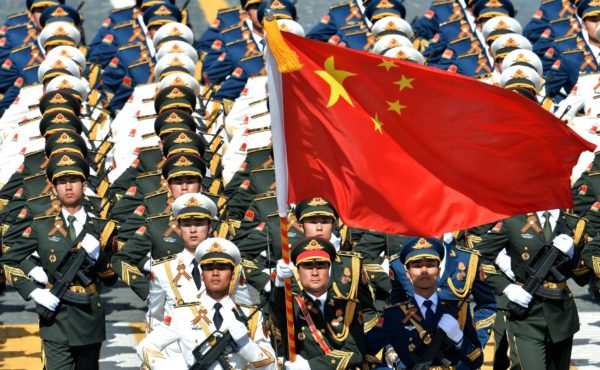 Following the July 12th 2016 ruling by the Permanent Court of Arbitration (PCA) in The Hague, that the People’s Republic of China’s nine-dash-line claim in the South China Sea, and its land reclamation activities on islets are invalid and unlawful, the Chinese Defense Minister, Chang Wanquan has urged his country’s citizens to prepare for what he described as the people’s war at sea.

The Philippines had drag China to the PCA over the territory. However, despite the ruling in favor of the Philippines, China has vowed to take all necessary measures available to protect its sovereignty over the area, revealing that it had the right to set up an air defense zone on the sea. Mr Wanquan reportedly made the statement while inspecting military installations in China’s eastern coastal province of Zhejiang. The Defense Minister said the Chinese public should be educated about national defense issues, because the country’s sovereignty and its territorial integrity are at risk.

According to China’s state-run news agency Xinhua, Wanquan also warned of offshore security threats, and the need to acknowledge the gravity of risk to China’s national security. He further charged the entire security apparatus of the country, including the military, police, together with citizens to prepare for mobilization to defend their national sovereignty and territorial integrity. The Business Insider reports that apart from maritime traffic advantage of the South China Sea, in addition, the area has proven oil reserves estimated up to seven billion barrels, and 900 trillion cubic feet of natural gas. China’s estimate of the oil reserves in the area, is far higher than what we know. The Chinese estimate stands at 130 billion barrels of oil. China, therefore believes all these belong to the Chinese nation, without any dispute.

Already, China has deployed warship and nuclear bombers to the South China Sea, close to the disputed area. The Free Thought Project confirms that hundreds of ships and submarines from all three fleets of China’s People’s Liberation Army conducted extensive live ammunition drills in the country’s East, North, and South Seas as a show of offensive and defensive capabilities.

This military exercise is said to show as a proof of the country’s resolve not to capitulate to the ruling of the PCA. A statement from the Chinese Navy said the drill was aimed at honing the assault intensity, precision, stability and speed of troops amid heavy electronic influences, revealing that an information technology-based war at sea is sudden, cruel and short, which requires a fast transition to combat status, quick transition and high assault efficiency. According to Chinese anonymous source, this military exercise is the beginning of a wider and longer exercise in the disputed area. In fact, China is planning to conduct joint naval drills with its ally, Russia, in a yet-to-be disclosed location, in September. However, many observers suspect that the drill is likely to take place in the disputed area.

On August 2nf 2016, China’s Supreme Court issued a regulation urging the country to take all necessary measures available to protect its territorial waters. The United States claims it is doing so to ensure freedom of navigation in the South China Sea. But observers see this as something that could provoke China to confront the United States militarily, which could lead to a wider conflict, possibly, World War III.

This article (WW III on the Horizon: China Orders Citizens to Prepare for People’s War at Sea) is a free and open source. You have permission to republish this article under a Creative Commons license with attribution to the author and AnonHQ.com.