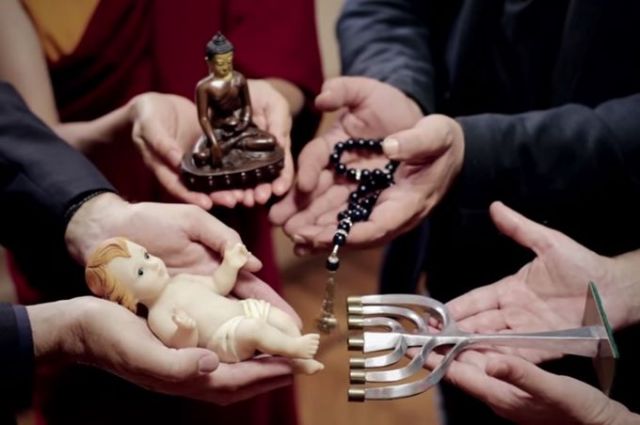 In a 90-second video that also features Buddhist, Muslim, Christian and Jewish leaders, Pope Francis states: “Many think differently, feel differently, seeking God or meeting God in different ways. In this crowd, in this range of religions, there is only one certainty we have for all: We are all children of God.”

BUT don’t you think there could be a master plan behind the creation of a one world government, a one world economy and a one world religion?

We are being told that all of our problems will be solved if humanity comes together in unity. But why is no one warning us about the extreme amount of chaos we will experience before we actually get there? Isn’t a one world government, a one world economy and a one world religion would simply mean setting the stage for “one world tyranny”? What do you think? Share this article and comment your thoughts below…

This Article (Pope Seeks One World Religion In First-Ever Video Prayer Message. Here’s Why It Will Set The Stage For One World Tyranny.) is free and open source. You have permission to republish this article under a Creative Commons license with attribution to the author and AnonHQ.com.