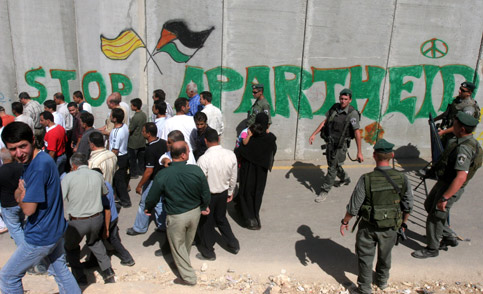 As the 23rd day of war in Gaza continues, the death toll has now risen to a staggering 1359 and 7677 injured.  Over the course of this brutal war, now dubbed the “Israel-Gaza conflict,”  (WordPlay) the UN Human Rights Council  (HRC) has condemned Israel for the bombing and shelling of several schools, hospitals and homes,  where civilian casualties have been over 80%. Earlier today , the Gaza health ministry announced a hospital sheltering more than 3,000 Palestinians was shelled earlier that morning leaving 106 people dead  and becoming the 5th hospital attack.  The most civilians killed in a day thus far.  Israel, attempting to appear humanitarian, claims to have warned civilians by utilizing the “roof knocking” technique to warn citizens of an imminent attack and to evacuate as soon as possible.  Leaflets and small non-explosive devices are dropped over the city as a warning and moments later an incoming air strike precisely takes out the target.  Peter Lerner, a spokesman for the Israeli military said in an email, “When arms depots or military targets are deployed within residential areas, the IDF calls residents with a warning minutes before the strike, in order to provide residents time to evacuate,” he continued. “If residents fail to comply, a small non-explosive munition is used to convey the seriousness of the warning, prior to the strike. Finally, only after visual confirmation that civilians have exited the premises does the IDF approve the strike.” UN Secretary-General Ban Ki-moon publicly condemned the attacks on Wednesday labeling them as “outrageous” and “unjustifiable.”  Upon his arrival in San Jose, Costa Rica he stated “nothing is more shameful than attacking sleeping children.” After a school was recently destroyed, an official from the UN, Spokesman Chris Gunness stated, ” Israel had been told 17 times that the school was housing displaced people,” also saying “the attack caused ‘universal shame.'”

Any humanitarian windows that were open, were quickly shut as Israeli and Hamas weaponry anxiously continued to fight, giving neither side any chance to rest.   While both sides aggressively maintain their course, western influence has made their attempts at a truce.  Last week, Secretary John Kerry went to Egypt to broker a deal between the two, and not surprisingly, coming back empty handed.
Although thousands of rockets have been fired at Israel by Hamas, little casualties have been reported by Israel (57 soldiers and a few civilians)and the Iron Dome has proven a mighty defense tactic against the lesser technologically advanced Hamas.

Going forward, the rhetoric is the same and the demands remain unchanged.  Over the past 23 days, the World has seen as a humanitarian crisis viewed live by millions of people around the world via live feeds, twitter and major social media outlets. “Operation Protective Edge” has done little protecting of human life while hospitals, schools and homes were targeted, and thousands of civilians have died, all in the name of Israeli defense.  As 1 child continues to die every hour, Israel pushes it’s ground offensive further into Gaza.  Drones continue to surveillance from the sky, calling in targets with extreme precision, while Israeli citizens gather atop a hill to watch as Gaza remains under attack and turns into an all out war, with an obvious underdog.