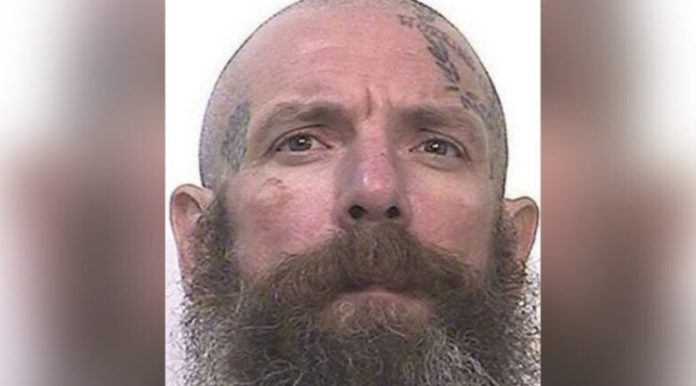 A California inmate accused of beating two convicted child molesters to death with a cane last month has publicly admitted to the killings, explaining his motive behind the murders and claiming that he had given prison officials plenty of advance warning that the attacks would occur.

Jonathan Watson, 41, confessed to murdering David Bobb, 48, and Graham DeLuis-Conti, 62, on January 16 at the California Substance Abuse Treatment Facility and State Prison in the small Central Valley city of Corcoran in a letter to the Bay Area News Group.

The initial spark for Watson’s fury was when the inmate saw one of the convicted sex offenders watching a children’s television show.

Both men had been serving life sentences for aggravated sexual assault of a child under 14. Watson himself is serving a life sentence for a 2009 murder conviction.

In his letter to the Bay Area News Group, Watson claims that prison authorities had changed his security classification days before the killings and transferred him to a lower-security dormitory pod at Corcoran—a switch he described as “careless” and likely to result in violence.

Days after he arrived at the prison a child molester was moved into the same pod. The man later began taunting his fellow inmates by watching children’s programs on TV. Watson said in his letter that he was unable to sleep, “having not done what every instinct told me I should’ve done right then and there.”

Two hours prior to the attack, Watson approached a prison counselor and urgently requested a transfer back to a higher-level security “before I really (expletive) one of these dudes up.” The counselor merely “scoffed and dismissed” him.

“I was mulling it all over when along came Molester #1 and he put his TV right on PBS Kids again … But this time, someone else said something to the effect of ‘Is this guy really going to watch this right in front of us?’ and I recall saying, ‘I got this.’ And I picked up the cane and went to work on him.”

As Watson left the housing pod to turn himself in to a guard, he then saw “a known child trafficker, and I figured I’d just do everybody a favor … In for a penny, in for a pound.”

When Watson finally told the guard about the killings, the guard didn’t believe him “until he looked around the corner and saw the mess I’d left in the dorm area,” he wrote.

“This guy should have never been housed with those people and that’s common laymen knowledge.

He told them, ‘I can’t be housed here,’ and that’s admirable. That’s a deviation from normal prison general population behavior… The culture is, if you’re uncomfortable, do something about it. The fact that he did seek out the administration shows he was just trying to do his time.”

Watson is now in segregated housing pending the completion of an investigation of the killings. He plans to plead guilty to both killings when he has his day in court, but he also warned that he may kill again if he is housed with child molesters in the future.

“Being a lifer, I’m in a unique position where I sometimes have access to these people and I have so little to lose.

“And trust me, we get it, these people are every parents’ worst nightmare. These familys (sic) spend years carefully and articulately planning how to give their children every opportunity that they never had, and one monster comes along and changes that child’s trajectory forever.”