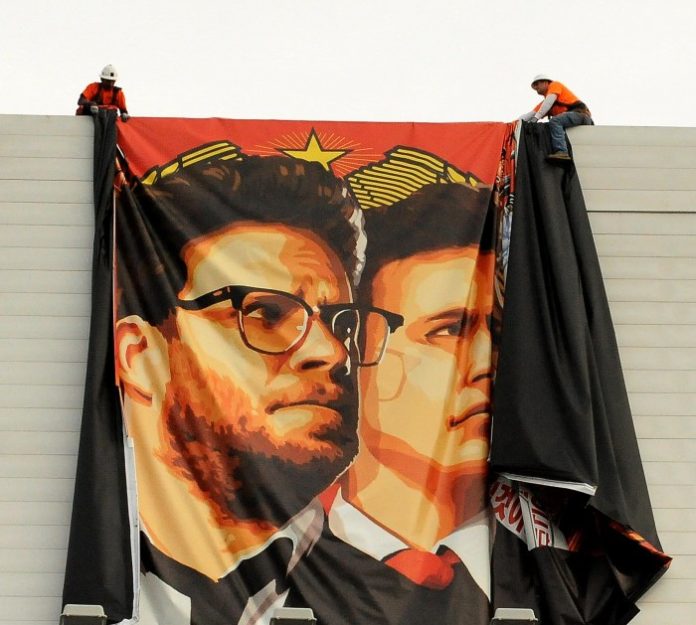 According to several emails discovered by The Daily Beast, at least two US government officials had screened the rough cut of the movie that makes light of the assassination of North Korea’s leader, Kim Jong-Un.

It was revealed that the State Department had played a close role in the film, and particularly the decision to keep the final and extremely gruesome death scene. The emails between Sony’s CEO and a security consultant also suggest that the US government itself had supported the idea of using The Interview as propaganda against North Korea.

It is likely that these new revelations are going to cause fury in Pyongyang. However, few in the media seem particularly concerned with the implications of this revelation beyond a potential North Korea reaction.The United States government is blatantly dictating the inner workings of the film industry in order to promote propaganda, an Orwellian concept if there ever was one, and people don’t just lap it up. People are demanding to see this propaganda that had been largely panned by critics before the publicity-boosting Sony hack.

Sometime after the alleged North Korean hack, a series of leaked emails reveal that Sony had utilized the service of Bruce Bennett, a senior defense analyst at the RAND Corporation (A recent article by RAND is titled “Syrian Refugees: A Blessing In Disguise?”), specializing in North Korea. After he saw the film, including the gruesome ending where a Kim Jong-Un’s helicopter is struck in slow-motion by a huge missile. Kim’s head catches on fire and explodes, Bennett gave his assessment of it in a June 25 email to Lynton, just five days after North Korea’s initial threat.

“The North has never executed an artillery attack against the balloon launching areas. So it is very hard to tell what is pure bluster from North Korea, since they use the term ‘act of war’ so commonly,” wrote Bennett. “I also thought a bunch more about the ending. I have to admit that the only resolution I can see to the North Korean nuclear and other threats is for the North Korean regime to eventually go away.”

He added, “In fact, when I have briefed my book on ‘preparing for the possibility of a North Korean collapse’ [Sept 2013], I have been clear that the assassination of Kim Jong-Un is the most likely path to a collapse of the North Korean government. Thus while toning down the ending may reduce the North Korean response, I believe that a story that talks about the removal of the Kim family regime and the creation of a new government by the North Korean people (well, at least the elites) will start some real thinking in South Korea and, I believe, in the North once the DVD leaks into the North (which it almost certainly will). So from a personal perspective, I would personally prefer to leave the ending alone.”

That same day, Lynton responded stating that a U.S. government official had completely agreed with Bennett’s assessment of the film.

“Bruce – Spoke to someone very senior in State (confidentially),” wrote Lynton. “He agreed with everything you have been saying. Everything. I will fill you in when we speak.”

Ergo, a senior government official had agreed that showing the world Kim Jong-Un’s exploding head would be perfect propaganda; he had known that it would “push” some “random” South Korean to send The Interview to North Korea, likely with some assistance from the good old CIA, finally ending with assassination attempts and Peace. It is more likely also that it can end with several warring factions that will eventually tear the country apart as seen in the last three regime-changes the US had had a hand in. Like Iraq where over 1.3 million people have been killed, Libya where Al Qaeda took over a once rich autocracy and Syria where the world’s second largest refugee population after Palestine (as opposed to the white-washed ending of the film where somehow everyone decides to democratize post-assassination). The question is, do you find this fact to be as troubling as I do?

Why North Korea did not hack Sony

Now, before you go quoting some article explaining why North Korea is an enormous threat to humanity because of some computer hacking that revealed certain facts that should be publically disclosed anyway (since they had helped reveal the government’s hand in the open creation of propaganda for international AND domestic consumers), allow me to dissect that little assertion. Firstly, despite all the confidence that the State Department has in its claims that it was North Korea, their unwillingness to divulge their exact evidence is telling; all we know is that they had initially claimed that the hackers had been identified by some sort of North Korean Hacker Methodology. When told that this could have been mimicked by anybody with an axe to grind,

They changed their story to a barely concealed attempt to justify NSA spying, because the NSA had helped secure the alleged proof (that nobody gets to see) by hacking into North Korea FIRST. Should the US be sanctioned too for hacking into other people’s stuff? I mean, we now know for a fact that the US hacks other nations, but there is no visible proof of the opposing allegation…. other than the word of an oh-so-trustworthy NSA analyst who follows in the footsteps of the porn-addicted pentagon employee. And how many times did the CIA lie during the recent torture report?

Second, several independent cyber security experts have already stated that it was unlikely to be North Koreans that had done the hacking. Of note is the fact that the data appeared to have been copied at the speed of a USB 2.0 thumb drive and the fact that the “hackers” had  purposefully written their statements as though they were not particularly good at written English. Email addresses and other articles from the GOP communications with Sony and the outside world have been analyzed to reveal links to everything from Japanese anime and the Mighty Morphin Power Rangers television show to U.S. domestic disputes over politics and gender equality. Further linguistic analysis of GOP’s online communications suggests they were penned by someone who is a native Russian speaker, not a native Korean (or English) speaker.