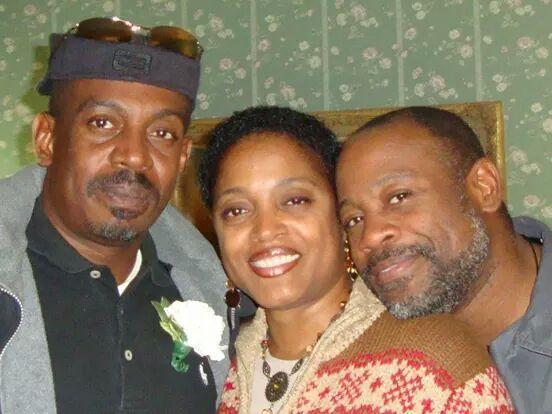 Resident of Decatur, Georgia, Kevin Davis was well-known in his African American community on the fringe of Atlanta. His community also happens to be policed by a mostly white police force. After he had been shot, and died soon after, many of his community are pointing at racism as a  factor leading to his death.

He was described as a kind, hard-working and open-hearted man by all who knew him in the community. This characteristic kindness had led to his welcoming of Terrance Hilyard into his home. Terrance was a 47 year old co-worker who had needed a place to stay, as he was going through a rough patch.

It was a fateful day on December 29, 2014 when Hilyard fought with Davis’s girlfriend April Edwards. This altercation led him to stab her with a kitchen knife, before running away.

Instinctively, perhaps naively, Davis immediately called 911 for assistance. However, this was not to be the sort of assistance that he had been expecting. Dekalb Country Police were sent to the scene, with Officer Joseph Pitts the first one there.

It was then that the officer, neither announcing his arrival nor identifying himself, proceeded to execute the couple’s crippled three-legged dog as soon as he saw it according to three eye-witnesses.

Hearing the gun shots, Davis immediately assumed that Hilyard had returned with a gun to finish the job. He grabbed his own legal weapon and proceeded to the front of the house to investigate. At this point he too was shot by Pitts, his neighbors and girlfriend all agreeing that Pitts had not at any point identified himself, and did not bother to tell Davis to put down his weapon. Pitts had simply shot both the crippled animal and the man who had called for assistance on sight.

By the time the second officer had arrived, Davis was lying on the ground. He said that he could not feel his legs. As with any impartial execution of the law, the dying man was charged with aggravated assault on the completely unharmed police officer that saw a three-legged dog and the man who he was charged to protect as a threat to his person.

He clung to life for two days, yet was not allowed visitors in the hospital as he was in “police custody”. His only crime was calling the police and expecting the situation to improve, it would seem. He passed away from the wounds dealt by Pitts on New Years Eve.

“It’s heartbreaking to us,” his sister, Delisa Davis said, “that he had to die alone, that he died with the identity of a criminal. He was 44, and had never been convicted of any crime.”

It was only when he died that DeKalb County Police come out and tell his family, who were waiting in the lobby, “You can go see him now.” Seems like they wanted to keep a lid on any other possible interpretation of events, dead men tell no tales after all.

This injustice has rallied the community in support of Davis, protesting and calling on the police to demand an investigation into the shooting. In my view, this would be like asking a person caught red-handed in a murder to demand an investigation into said murder whereupon he would proceed to take charge of the investigation…. against himself. The fact that this has happened over and over again with officer after officer getting lightly tapped on the wrist is worrying.

“This is exactly what Kevin would have wanted of us,” his sister said, “to seek justice. He didn’t deserve what he got.”

Davis’ family is calling on every one of us to pressurize the police into actually pretending to investigate this crime. The police may be contacted via the following numbers:

You can also email the city at: [email protected]

Make the call, send an email. More importantly, get mad and tell as many people as you can about this atrocity and indeed the ever growing list of atrocities that result from a police force that is no longer there to protect you.