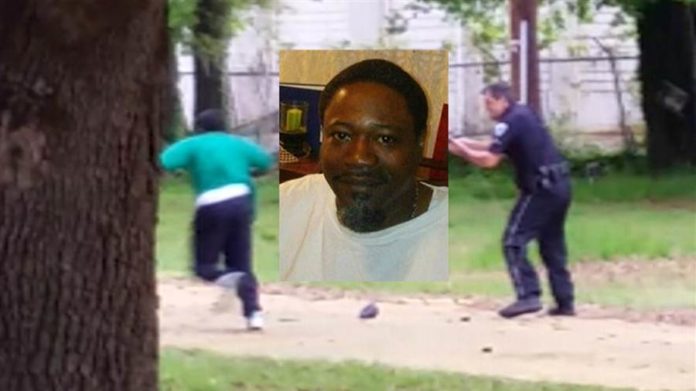 The cell phone video that was responsible for bringing charges against murderer and former cop Michael Slager, was the most blatant case of murder ever captured by a bystander. Walter Scott was unarmed and fleeing from Slager when he was shot repeatedly in the back. Despite the slam dunk evidence of murder, the jury was unable to reach a verdict of guilty. Thankfully, the prosecutor isn’t letting go of this case. Slager will be re-tried by the state of South Carolina this August. Slager gets to walk the streets a free man after a jury of his peers ended in deadlock. A single white male juror stated that he could not, in good conscience, find Slager guilty, even though the outright murder was captured on cell phone video. The inability to convict cops is a result of the years of brainwashing the population has endured; that cops are always the good guys. Even the judge overseeing the case tried repeatedly to get the single juror to change his mind, yet to no avail.

Despite the evidence and witness, Slager stuck to his story that Walter Scott took his Taser from him, therefore he had to shoot him as he feared for his life. Even though the video disproves the cop’s story, Slager’s defense team has called for further tests on the Taser to prove that Scott had taken possession of it. At this point, the defense is simply throwing mud at the wall to see what sticks. The video clearly shows an unarmed black man being shot in the back. No amount of testing will change that fact.

Slager is set to head to federal court on May 1st, where he has been charged with civil rights violations. However, the outcome for his re-trial for criminal charges might not matter if he is locked up by the Feds this summer. Slager racked up three separate civil rights violation charges. The trial was initially delayed until the state’s criminal trial could be held, however, now that the first trial has ended, the federal charges will now proceed. There have been rumors that Trump will abandon the civil rights cases against Slager, however as a trial date is now set, abandoning the charges at this point is unlikely. The charges he faces could put him away for life, however, in this uncertain climate of police relations, another mistrial is always a possibility. Slager faces life in prison for any one of the charges against him. Federally, he is facing a deprivation of rights under the color of law, using a firearm during the commission of the civil rights violation, and obstruction for lying to investigators about being attacked with the Taser. After facing federal charges, Slager will face another jury in South Carolina. The city has already settled with the family of Walter Scott for a whopping $6.6 million dollars, one of the largest settlements for a police brutality case in American history.

This article (Prosecutors to Re-Try Case Against Michael Slager for the Death of Walter Scott) is a free and open source. You have permission to republish this article under a Creative Commons license with attribution to the author and AnonHQ.com.