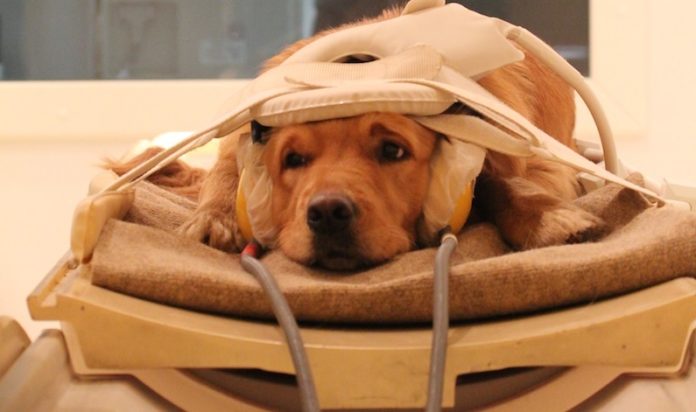 You love your dogs, but do they love you? Sure or not sure with an answer? Scientists now have evidence to prove dogs love humans as much as humans love dogs!

According to researchers at Emory University in Georgia, when a pet is exposed to the smell of its caretaker or owner, certain regions in a canine brain light up; other dogs, even familiar ones, do not produce the same response. “It is tempting to conclude that (this) response represents something akin to a positive emotional response to the scent of a familiar human,” remarked Gregory Berns’ team. The scientists trained twelve dogs from ten breeds to remain motionless in an MRI machine and then used fMRI (functional magnetic resonance imaging) to measure their neural responses to the smell of people and dogs, both familiar and unknown. The dogs responded more intensively to the smell of familiar human beings or their devoted owners over anything else as their brains’ caudate nucleus region got activated; humans’ caudate reacts to visual beauty, love and attachment.

“Not only did the dogs discriminate that scent from the others, they had a positive association with it. This speaks to the power of the dog’s sense of smell, and it provides clues about the importance of humans in dogs’ lives,” the researchers concluded. Researchers at Eotvos Lorand University in Budapest have also found that dogs’ brains respond to the emotional tone in human voices. This is the first comparative neuroimaging study of a non-primate species and humans. Functional analogies were found between dog and human nonprimary auditory cortex.

“It’s very interesting to understand the tool kit that helps such successful vocal communication between two species. We didn’t need neuroimaging to see that communication works [between dogs and people], but without it, we didn’t understand why it works. Now we’re really starting to,” Attila Andics, a neuroscientist and lead author of the study, told Mic.

Andics confirmed that dogs behave like babies when scared and run to humans with whom they have formed a bond unlike other pets and animals like cats and horses who are more likely to flee than seek support.