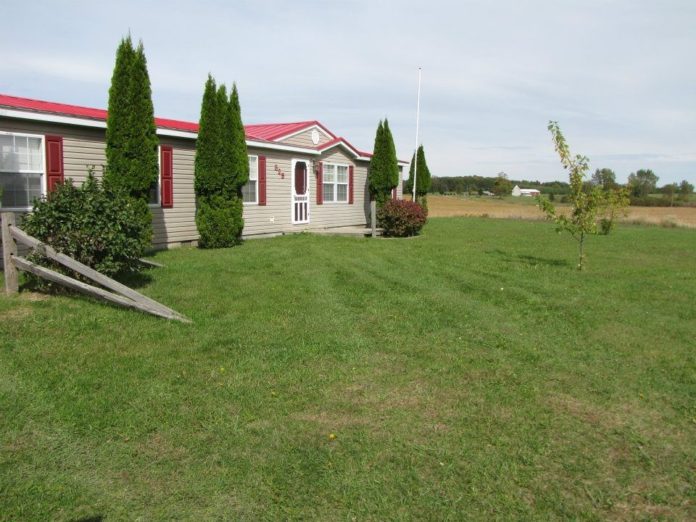 Imagine living out a nightmare, where the law-enforcement burglarized your home, stole your money, lied about you, and “kidnapped” you. It started five years ago, when U.S. Navy veteran Ted Visner and his wife, Kathy Smith of Mt. Pleasant, Michigan, fell victim to a real estate scam…. organised by a local sheriff’s department employee.

Visner claims that they bought their former home on a land contract. It was revealed some seven months later, however,  that the seller,  Shelly Sweet, a Isabella County Sheriff’s Dept. employee, was not making monthly payments on the house.

A bank foreclosed on the property. And while Ted’s family was away for the weekend…. The unthinkable happened: Shelly Sweet decided to invite all her sheriff department friends to steal everything in the house. The sheriff department conspired to steal $55,000 worth of personal property.

Visner says Sweet told her employer, the sheriff’s department that Visner and his wife weren’t making payments, while Visner is able to prove via canceled checks to Sweet that they were indeed paying. “It was blatantly untrue,” Visner added.

Ted Visner, who builds custom homes for a living, said, “Although we were paying Sweet every month on the purchase of the property, she had not been paying the underlying mortgage and the home fell into foreclosure.” Visner apparently has proof, including canceled checks.

“On a weekend Sweet knew that we would be out of town, she offered the contents of our home to her friends and coworkers at the Isabella County Sheriff’s Department, claiming we had abandoned the home. Many took her up on her free offer deal and took over $55,000 dollars worth of our personal property.”

“The Sheriff’s department came in when we were out of town and they completely emptied our house. There was no warrant, there was no due process, no eviction, no foreclosure,  just theft by police.” Sweet had lied to the sheriffs office that Visner and his wife stopped making payments even though Mr. Visner had cancelled checks proving otherwise. Stolen items included beds, dressers, appliances, his wife’s wedding dress which was hermetically sealed, kids toys, sports equipment, and a whole lot more.

“My kids couldn’t play or participate in sports for the next two years. Other items that disappeared included tax records… nothing has been recovered.”

Visner said, “She just put a sign out and let anybody have what they wanted, she didn’t remember who was there. In her own deposition she admits to giving our stuff away.”

“I don’t have any criminal background, I served six years in the Navy on submarines, my wife and I have kids, we don’t deserve this, nobody in the world deserves this.”

Visner, Smith and their kids, returned from their weekend away on Monday September 27, 2010, to discover that they were locked out of their own home. Visner called the law enforcement agency that Sweet worked for.

“We had NOT been evicted nor had we abandoned the property. The woman had convinced friends and coworkers that we had never paid her, and that were trashing the house and had forced her into foreclosure — none of which were true.”

It would take a day before the family was allowed to go back inside of the home, and that is when Smith and Visner learned that 95% of the home’s contents had been stolen.

“A sheriff deputy named ‘Steinert’ came to our home three times that day and only assisted his coworker while the under-sheriff, sheriff and PA refused to help us after they recognized the totality of the situation,” Visner said, adding that the “situation” was 6+ coworkers of Sweet having entered their home and receiving stolen property. AKA, these criminals STOLE from and BURGLARIZED a home.

Instead, Visner was arrested for “Misuse of 911″ on the deputy’s third visit. Where have I heard this story before? Oh, right, nearly EVERY case involving police misconduct, from kids being shot to pregnant women getting punched…. IT’S THE VICTIM THAT GETS ARRESTED.

“The county investigated the crime for almost four months and during this time, I moved my family out of Isabella County for safety, I could not move with them because my indefinitely delayed arraignment still loomed over my head.”

Visner says, “Over two and a half years have passed now with law enforcement officials doing nothing except covering for one another.” It has been 5 years now.

Visner says the following people participated in the crimes against his family, the underlying crime was the conspiracy to deprive his family’s constitutional rights. He asserts that he was kidnapped (arrested) by Deputy Steinert.

“Our story needs to go viral, people need to know that they have to stand up for their rights, when we stop standing for our rights we won’t have them anymore.”

“The Attorney General is dismissing this serious crime… For my family and I, there is no recourse, at least not yet. The AG prohibits complaints of police misconduct and civil rights being violated. I just wrote a letter to the ACLU and explained this, I haven’t heard back from them yet,” Visner said.