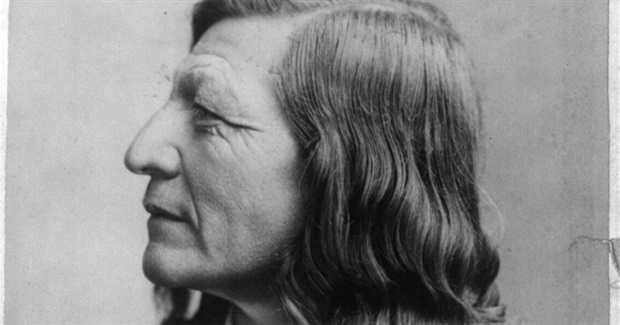 Luther Standing Bear, an Oglala Lakota chief, was notable in American history as an Native American author, educator, philosopher, and actor of the twentieth century. Bear fought to preserve Lakota heritage and sovereignty, and was at the forefront of a progressive movement to change government policy toward Native Americans.

Here are 10 quotes from the great Sioux Indian Chief that will challenge your understanding of modern culture:

1. Praise, flattery, exaggerated manners, and fine, high-sounding words were no part of Lakota politeness. Excessive manners were put down as insincere, and the constant talker was considered rude and thoughtless.

2. Conversation was never begun at once, or in a hurried manner. No one was quick with a question, no matter how important, and no one was pressed for an answer. A pause giving time for thought was the truly courteous way of beginning and conducting a conversation.

3. Silence was meaningful with the Lakota, and his granting a space of silence, to all during conversation, was done in the practice of true politeness and regard for the rule that ‘thought comes before speech’.

5. Kinship with all creatures of the earth, sky, and water was a real and active principle. In the animal and bird world, there existed a brotherly feeling that kept us safe among them… The animals had rights – the right of man’s protection, the right to live, the right to multiply, the right to freedom, and the right to man’s indebtedness. This concept of life and its relations filled us with the joy and mystery of living; it gave us reverence for all life; it made a place for all things in the scheme of existence; with equal importance to all.

6. Knowledge was inherent in all things. The world was a library and its books were the stones, leaves, grass, brooks and the birds and animals that shared, alike with us, the storms and blessings of the earth. We learn to do what only the student of nature ever learns, and that is to feel beauty. We never rail at the storms, the furious winds, the biting frosts and snows. To do so intensifies human futility, so whatever comes we should adjust ourselves by investing more effort and energy if necessary, but without complaint. Bright days and dark days are both expressions of the Great Mystery, and the Indian reveled in being close to the Great Holiness.

7. Only to the white man was nature a “wilderness” and only to him was the land “infested” with “wild” animals and “savage” people. To us it was tame. Earth was bountiful and we were surrounded with the blessings of the Great Mystery. Not until the hairy man from the east came and with brutal frenzy heaped injustices upon us and the families that we loved, was it “wild” for us. When the very animals of the forest began fleeing from his approach, it was then for us, the “Wild West” began.

9. For us there was no wilderness, nature was not dangerous but hospitable, not forbidding but friendly. Our faith sought the harmony of man with his surroundings; the other sought the dominance of surroundings. Children were taught that true politeness was to be defined in actions rather than in words. They were never allowed to pass between the fire and the older person or a visitor, to speak while others were speaking, or to make fun of a crippled or disfigured person.

10. Civilization has been thrust upon me since the days of the reservations, and it has not added one whit to my sense of justice, to my reverence for the rights of life, to my love for truth, honesty, and generosity; or to my faith in Wakan Tanka, God of the Lakotas.