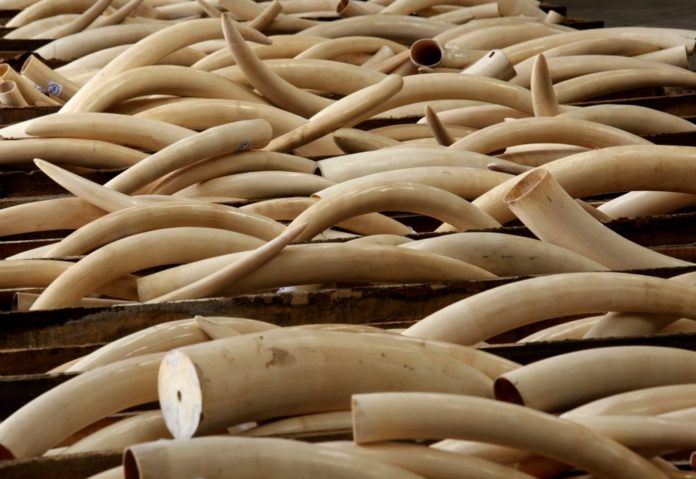 According to a recent report, raw ivory prices in China have fallen by 50% over the past 18 months.
Good news! It’s only been three months since the U.S. and China pledged to end the ivory trade, but a new report discloses that the price of ivory has dropped in China.

According to Kenya-based Save The Elephants, despite increasing ivory prices from 2010 to 2014, raw ivory prices in China have fallen by half over the past 18 months. They went from $2,100 per kilogram to $1,100.

Esmond Martin and Lucy Vigne, researchers with the organization, surveyed eight Chinese cities that indicated consumer demand for ivory is in apparent free-fall. The full report of their findings will be released next month from Save The Elephants.

“The news gives cautious hope that the unsustainable killing of Africa’s elephants – driven by demand for their tusks – may eventually be reduced,” the organization said.

The importance of this news cannot be overstated. It has been estimated that within 10 years, the Africa Elephant may go extinct. In order to prevent this travesty, action has to be taken in the present, and declining ivory sales are a great sign extinction of the great mammal is not imminent.

Major steps have been taken by China in recent months to reduce both the legal and illegal ivory trades. However, a total ban has still not been put in place in the country.
Said WildAid’s CEO, Peter Knights, in a statement:

“The ivory price collapse in China is much-needed good news for Africa’s elephants. Though there is much work to be done, this is an essential first step in ending the poaching crisis. The banning of the market in China and the United States puts pressure on Hong Kong, Thailand and Japan to follow suit, and should encourage improved enforcement efforts in Africa, in places like Kenya and Tanzania.”

The plight is far from over, but this positive news is worth sharing, don’t you think? Comment below and please share this news!

This article (Report: Ivory Prices Are Plummeting In China As Demand For The Good Decreases) is free and open source. You have permission to republish this article under a Creative Commons license with attribution to the author and TrueActivist.com