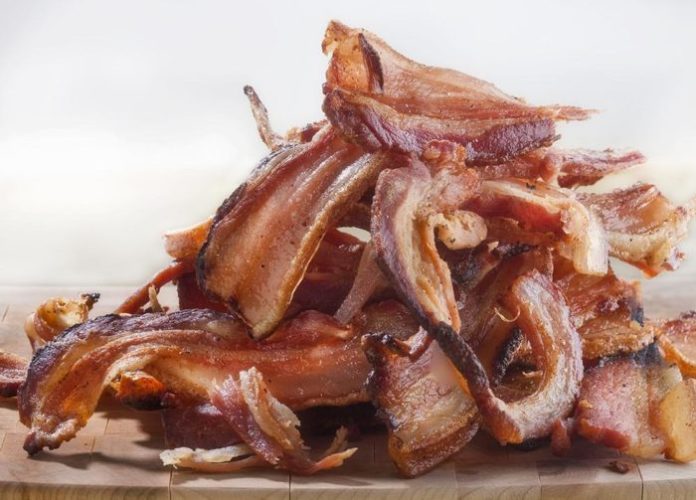 Global climate continues to be volatile. This has affected the weather patterns across the world, meaning farmers who rely on rain to plant their crops are in trouble. Even those that rely on irrigation are not safe—the world is running out of fresh water

Water is therefore becoming a scarce and expensive commodity. Terrestrial crops appear less likely to meet our needs. Climatologists have predicted an 80% chance of a millennium drought occurring within the next 30 years.

With this impending doom starring right at us, we must find a quick alternative to feed ourselves, before it’s too late. In 2015, researchers with Green Wave – an ocean farming organization – announced that there are more than 10,000 edible plant species known as Ocean Greens or seaweeds buried in oceans across the world. These plants can serve as a massive boost for food production across the world if policy makers give the opportunity their attention, according to Green Wave. These plants do not only have positive environmental and ecological benefits, but also the potential to meet a large percentage of our populations needs, including creating jobs anywhere in the world where the plants are developed.

Also, it is said seaweeds are capable of thriving, even in high-nitrogen conditions that harm other species. This makes it one of the most sustainable foods on the planet, and one of the few edible crops that improves the health and biodiversity of its ecosystem.

Researchers from Oregon State University, in the United States, have also voiced their excitement about the potential of seaweeds. The Independent reports that the researchers have patented a new strain of seaweed that tastes like bacon when cooked. This type of seaweed is said to be a form of red marine algae and resembles a translucent red lettuce. The researchers said it has twice the nutritional value of kale, a cabbage type vegetable, and grows very quickly.

Chris Langdon, the lead researcher of the discovery said his team started growing the new strain while trying to find a good food source for edible sea snails, or abalone, a very popular food in many parts of Asia. The strain is a new type of red algae that normally grows along the Pacific and Atlantic coastlines. According to Langdon, his colleague Chuck Toombs chanced upon what the team was growing. Toombs immediately revealed to Langdon the strain has a huge potential as nutritional food.

Langdon gave Toombs the green light to further study the seaweed. Toombs then began working with the Oregon State University’s Food Innovation Center. They were able to create a range of foods with the seaweed as its main ingredient.

“This stuff is pretty amazing. When you fry it, which I have done, it tastes like bacon, not seaweed. And it’s a pretty strong bacon flavor,” Langdon was quoted as saying. Langdon also said no company grows red algae in commercial quantities for people to eat in the United States, despite the fact the product had been consumed by people in northern Europe for centuries. Nonetheless, some red algae is sold in the United States in small shops, but is a different strain from the one harvested at Oregon State University.

Currently, the researchers are growing about 20 to 30 pounds of the newly discovered seaweed a week and plan to increase production as well as commercialize their discovery. The team believes vegan and vegetarian markets may be interested in the new food. Toombs’ MBA students are said to be working on a marketing plan for a new line of specialty foods.

According to experts, seaweeds boast an impressive nutritional profile. Some of them are said to be packed with more calcium than milk, while others have more iron than red meat; and some also have more protein than soybeans. What makes the food outstanding is that growing it is very cost effective, especially in this era, as the conventional way of growing crops has become unpredictable due to aggressive climate change. It is predicted that these seaweeds will become the most affordable food on the planet in years to come.

This article (Oregon State University Researchers Discover Baconish-Tasting Seaweed Twice as Healthy as Kale) is a free and open source. You have permission to republish this article under a Creative Commons license with attribution to the author and AnonHQ.com