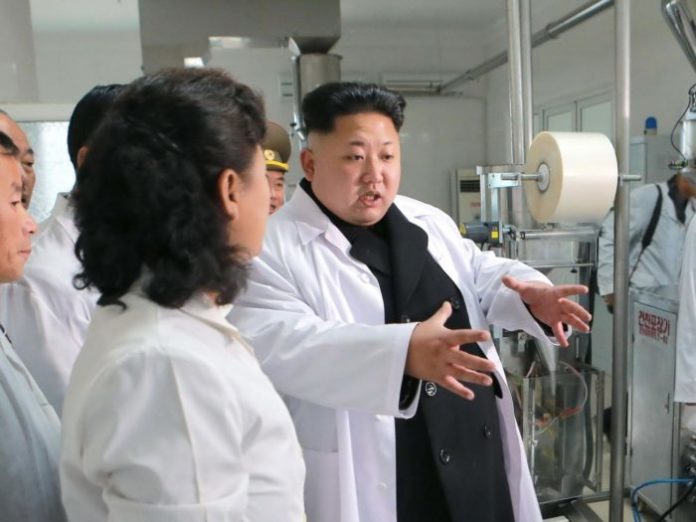 In 2015, rumors emerged from the Democratic People’s Republic of Korea (North Korea) that the country has invented a miraculous drug that is capable of curing many deadly diseases, including HIV/Aids, Ebola, cancer and others.

The rumor was mainly spread by news outlets in Korea. The North Korean government controls many aspects of the country’s life. Therefore, news like this, should be confirmed by the leader of the country, Kim Jong-un on the state-run Korean Central News Agency (KCNA).

The country has officially confirmed the invention of the drug. In a statement published by KCNA, the country’s medical researchers said they were able to invent the wonder-drug, Kumdang-2, by growing ginseng from fertilizer, and mixing it with other special ingredients. The researchers refused to name the special ingredients in the drug. However, rumor suggests that the researchers’ statement was allowed on KCNA by Kim Jong-un himself. The researchers revealed how they have started testing of the drug, commencing a medical study in some African nations.

Reports of the drug being tested on HIV/Aids positive patients said that the condition of every trial participant improved significantly. According to the researchers, 56% of HIV/Aids patients were completely cured of the disease while 44% recorded a considerable improvement in their condition. For the cancer and Ebola claim, the researchers didn’t provide any proof of field tests displaying the drug’s capability of curing these diseases. However, the researchers said the efficacy of the drug, to combat HIV/Aids, showed that it can annihilate cancer, Ebola and other deadly diseases.

“The researchers insert rare earth elements (REE) into insam (ginseng) by applying the mico-elementary fertilizers of REE to the fields of insam. The injection is made of extracts from those complex compounds. As a strong-immuno-activator, the injection has been recognized to prevent different malignant epidemics,” lead researcher, Dr Jon Sung Hun was quoted by KCNA.

Dr Hun is the director of the state-owned Korea Pugang Pharmaceutic Company. KCNA also quoted an unnamed senior government official as saying that the country has made the drug available to Russian researchers, who will also carry out their own independent testing. After this announcement, pictures of Kim Jong-Un appeared on state television showing him inspecting what appears to be a ginseng farm in the capital, Pyongyang. After the ginseng farm, he also visited a medical research facility. Some military generals and other researchers were seen accompanying him during the brief tour.

This isn’t the first time that North Korea has made claims on advancing medicine, however, because the country has been isolated from the West, such claims have been ridiculed in the Western media.

From all indications, North Korea is among the countries with the best scientists and researchers in the world. The country’s nuclear technology ability is never in doubt. North Korea has been hit by five sets of sanctions from the United Nations since it first carried out a nuclear test in 2006, but it seems to have made little difference in deterring the nation. Despite the United Nations ban, the country is still experimenting with its nuclear technology. Especially this year, the country has tested many of its deadly weapons, sparking international condemnation and panic. North Korea has always maintained that it is carrying out the tests in self-defense, due to provocations from neighboring South Korea and the United States.

Apart from nuclear technology, North Korea is also developing strong cyber skills. The country’s military has formed a highly skilled and well-resourced cyber warfare unit. The Communist country has released its own desktop computer operating system, known as Red Star OS, which is a heavily restricted version of Linux. In June this year, an unidentified person in North Korea created a clone of Facebook, allowing people in the country to create accounts and enjoy the social media platform.

But despite these encouraging developments in the country, Western media has continued to claim that North Korea is on the brink of collapse, due to widespread hunger and disease among the population. These types of reports have been filed many times in the media, yet North Korea continues to survive every day, standing up to the United States by showing its nuclear and scientific research abilities.

This article (Researchers in North Korea Claim Their Single Miracle Drug Development Cures HIV/Aids, Ebola and Cancer) is a free and open source. You have permission to republish this article under a Creative Commons license with attribution to the author and AnonHQ.com.