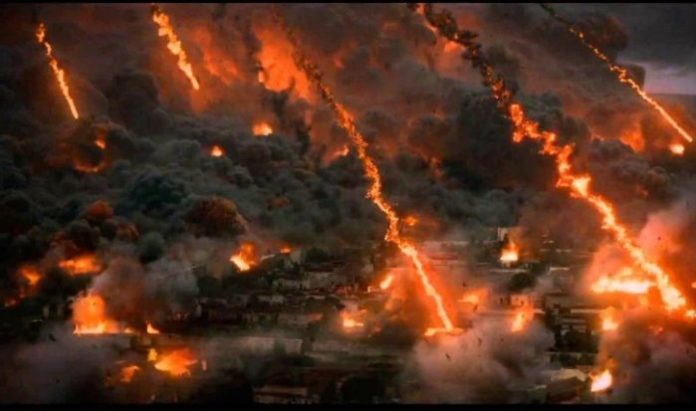 By definition, a volcano is a rupture in the crust of a planetary-mass object, such as Earth, that allows hot lava, volcanic ash, and gases to escape from a magma chamber below the surface.

Of course, it is dangerous and deadly. Volcanic eruptions are found in many mythologies around the world. Mostly, it is said such calamities are brought about by a God or other deities due to the ‘sins’ of the people. However, if we want to find a scientific proof of a city destroyed by a volcanic eruption, we can always refer to the story of Pompeii. According to historians, Pompeii was a thriving city in the Roman Empire. In this modern day, the area is located near the coast of the Bay of Naples, southern Italy. In 79 A.D., the city was buried in meters of ash and pumice after the catastrophic eruption of Mount Vesuvius.

Today, the area has become a vast archaeological site. In 1997, UNESCO marked the area as a World Heritage Site. Visitors are allowed to freely explore the area.

Done with the brief story of Pompeii, a group of researchers are now sounding the alarm bell. According to the researchers, a volcano, which could be the largest ever in this modern world, could erupt soon in Campi Flegrei, an area west of Naples, Italy. Campi Flegrei means “burning fields” in English. In the past, researchers marked the area as one of the more active volcanic systems in the world. It is part of the Campanian volcanic arc, a chain of volcanoes that includes the infamous Mount Vesuvius that destroyed the city of Pompeii. In 2003, the Italian authorities declared the area a regional park. Campi Flegrei lies mostly underwater. It has a caldera consisting of 24 craters and volcanic edifices. A caldera is a volcanic feature formed by the collapse of a volcano into itself, making it a large, special form of volcanic crater.

It is estimated that there are over 500,000 people living in this deadly zone, making it one of the most densely populated areas near Naples. In a 2010 study, it was revealed that a dangerous volcano erupted in Campi Flegrei around 40,000 years ago, completely wiping out the Neanderthals. Neanderthals were a species of archaic human, in the genus Homo. They were closely related to modern humans, sharing 99.7% of DNA, according to researchers. This current study has been accepted into the Nature Communications journal. The study said a volcanic eruption in Campi Flegrei is “reaching a critical state.”

According to the details of the study, the researchers, led by Giovanni Chiodini of the Italian National Institute of Geophysics in Rome, used computer modeling and physical measurements to deduce that the volcano could be reaching critical degassing pressure, and could be close to exploding.

The researchers said it was impossible for them to predict a specific time for the happening of this dangerous incident, but warned that the sudden release of hot magmatic gases could soon trigger the largest volcano eruption ever witnessed in the modern world. Following the publication of the study, the Italian government raised the country’s volcano threat level from green to yellow. This means that instead of assuming the volcano will be quiet, it will be under constant 24-hour-a-day scientific surveillance to look for additional clues hinting at its possible eruption, according to The Mind Unleashed.

The National Geographic, which has also closely monitored the area reports  states “Campi Flegrei means “burning fields” in Italian. The volcanic region is also known as the Phlegraean Fields. Like other supervolcanoes—such as the one responsible for the geothermal features of Yellowstone—it is not a single volcanic cone. Rather, it’s a large complex, much of it underground or under the Mediterranean Sea, that includes 24 craters, as well as various geysers and vents that can release hot gas.”

This isn’t a concocted story. Rather, this nightmarish story is all too real. The earlier the authorities in Italy, and the whole of Europe start preparing for this disaster, the better. There should be enough public campaigns to warn people. People living in the area could even be resettled in another area. The study should not be taken for granted. By now, authorities should know that the area is susceptible to volcano eruption.

This article (Researchers Warn World’s Largest Super Volcano is About to Erupt in Europe [Video]) is a free and open source. You have permission to republish this article under a Creative Commons license with attribution to the author and AnonHQ.com