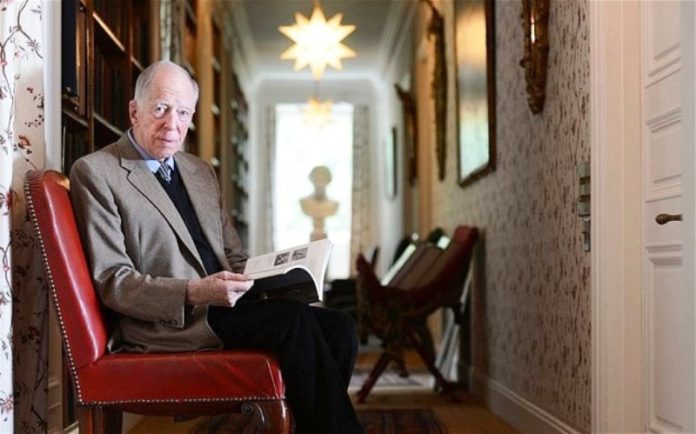 One of the richest men in the world said in an interview that even though funds and assets of the company are at their highest, the margins and the lines are all dependent on the political situations around the world. Lord Jacob Rothschild further told his investors, giving them a more vivid warning, that because of current situations, investments are going to be more diversified. He further supported his claim by saying his company is going to protect his shareholders and their investments as much as they can from the diving prices in the market.

As comforting as the words are for investors, Jacob Rothschild’s final words are a sugar-coated way of telling his investors to be prepared for anything. “There could well be a period in the future for us when the avoidance of risk is as high a priority as the pursuit of gain,” Rothschild said.

Lord Rothschild’s chosen word ‘period’ may as well be an indication to a coming negative slip in profitability, considering that for the past few years the company has made more than a billion dollars.

However, the report indicates that the Rothschild dynasty has clothed the interests in protecting their assets.

Rothschild Investment Trust Capital Partners is – as you can guess by their name – an investment company registered on the London Stock Exchange. It has grown from more than $200 million in 1988 to around $3 billion today. Lord Jacob Rothschild, whose family owns a large part of the company, heads the investment firm.

Now, if these high profitable funds suddenly fall, then a large chunk of the Rothschild family investment is going to crumble. However, any such downfalls won’t surprise them as they have investments in nearly all global financial institutions.

The 4th Baron of the Rothschild family said, “Since the 2nd World War, we have enjoyed almost seventy years of patiently crafted international working together that has now come under a threat.” This remark points to the British withdrawal from the European Union.

He continued, explaining that if the Syrian situation continues – which may lead to World War 3 – the company will find other options for its investors to invest in and mint profits for them.  He quoted many statements made by President Trump, and said, “In the US, the proposed tax reduction for companies and individuals,” is a hint that the new American administration might loosen up the American business methods.

Furthermore, the head of the Rothschild family also highlighted how the wages have increased by more than three percent over the past few months, which according to the business mogul, affects the end line of every big business.

“Valuations are at the high end of their historical range, inflation is returning and in these circumstances,” said Lord Jacob Rothschild, “it is likely that interest rates in the United States will rise meaningfully.”

This article (Rothschild Makes Dismal Admission — His Financial World Order now “Threatened”) is a free and open source. You have permission to republish this article under a Creative Commons license with attribution to the author and AnonHQ.com.