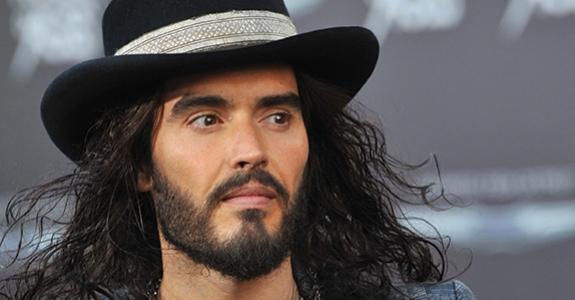 While the belief is that of a moral decision when considering drug addiction in politics, then it will never be considered a health problem. If it is a” moral decision, then it is still a crime.” Collectively, politicians will not be able to solve the problem of drug use until this line of thought changes. Lord Benjamin Mancroft, a former drug user, is one of many Russell Brand interviews about the misuse of the Drug Act.

Russell Brand’s 2014 documentary Russell Brand: End the Drugs War has raised the question on people’s lips: is drug addiction a health problem, and if so, does this mean the first step to recovery is to legalize drugs? He starts his investigation by following those who strongly oppose the thought, by attending a string of drug raids with the MET in Britain. The raids prove worthless, with no success other than discovering a young drug user whose only outstanding warrant is from theft. She is taken into custody and processed; Brand’s take on the process sends him on a journey to find a possible answer. From travelling to Switzerland to what he essentially calls a “legalized crack house,” to Britain to recovery programs, Brand comes across a recovering alcoholic, Nori. She has established a program to not only help in the initial recovery period, but has also purchased nearby property to rehouse the patient and break habits of returning to old haunts, and a restaurant where the recovering addicts can reskill, work, and start a new life with some hope.

Brand acknowledges the stigma attached to drug taking creates the barrier preventing recovery; the ongoing support program that Nori has provided without government assistance has proven an overwhelming success for the recovering addict.

Is there still a role in criminal sanction for drug use? Brand, on a personal level argues that the perspective “just isn’t working.” When in some countries you can receive the death penalty for using cannabis in Singapore, according to Brand, the importance of Portugal’s drug model is imperative to understand. Since 2001, drug possession is no longer a criminal offense in Portugal. With its decrease in AIDS infection, small increase in recreational use, decrease in petty crime, and drug related deaths down by 75 percent, it seems the ‘treatment over jail’ policy appears to be working well.

Brand at the end, questions the inaction of the world for a species who consider themselves intelligent. “It’s a health issue…We already knows the answer; knowledge is acting on wisdom. Don’t know why we’re pretending that we don’t know what to do, it’s like a bizarre façade. It’s peculiar we would do this as human beings, why are we?’

For politicians, “there are no votes in drugs.”

This Article (Russell Brand: End the Drugs War) is a free and open source. You have permission to republish this article under a Creative Commons license with attribution to the author AnonWatcher and AnonHQ.com.