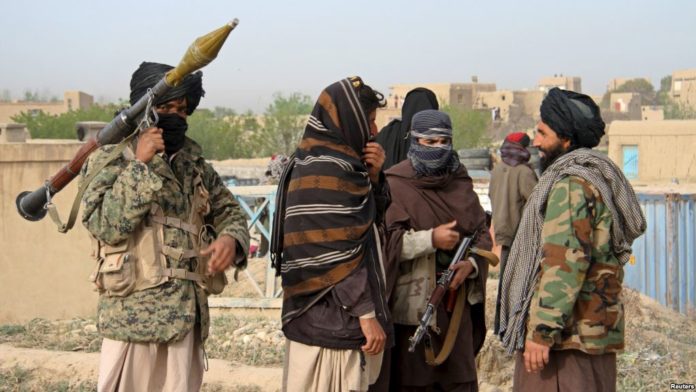 It’s a wash, rinse, repeat cycle. Anyone keeping on top of the news will shake their head with the latest anti-Russian rhetoric that Defense Secretary Jim Mattis refused – or was unable – to back up with facts. This comes after the April 21 attacks that killed 140 Afghan soldiers after Taliban attacked the Mazar-e Shariff military base.

Unable to provide specifics, alongside General John Nicholson, a US commander in Afghanistan, Mattis accused the Russians of supplying the Taliban with weapons that were being used against American-backed forces. Russia, expectantly, denies any such support for the Taliban, who once governed Afghanistan before the 2001 US-led invasion in pursuit of Osama bin Laden; and terrorists, who turned out (allegedly) to be Saudi.

Mattis told the media that the US will “engage with Russia diplomatically” over the arms issue, and ironically (in light of the Syria strike) accused the Russians of being in “contrary to international law or denying the sovereignty of other countries.”

The denying of sovereignty to another nation is inclusive of a military force dropping bombs uninvited in a country in which they do not belong. The Syria strike was a direct assault against Syrian sovereignty, that ignored international law and the United Nations. The strike also destroyed valuable evidence before anyone could be sent to investigate the chemical attack claims. Currently, the Russians are fighting for the right to have independent investigations, via the UN. For reasons unbeknownst to public scrutiny, the US military only want the US appointed independent investigators to sift through the rubble that US bombs created.

If we dumb this down, if this was to occur at a crime scene on the domestic front of most countries, this would be considered a very big no-no; an obfuscation, a tampering of evidence.

And this is where the US needs to remain careful. The repeated military offense against nations is wearing thin with the international community. It seems the Syrian front has died down in the media since the strike, and suddenly, after the MOAB is dropped, Afghanistan is back in the media spotlight.

Mattis said of the Russians arming the Taliban: “Any weapons being funneled here from a foreign country would be a violation of international law.”

If this were true – and international law does dictate such an act as a violation – where does this leave recent US-Syrian events? US-Iraqi events? What about in Afghanistan in the 1980s when the CIA armed the Mujahedeen with ‘funneled’ weapons through covert ties and finance to repel the Russians in a war? A war that should never have involved the US – to destabilize Afghanistan back then which led to the US “nurturing” of the Taliban?


The contradiction that has become synonymous with the mere mention of the USA isn’t lost. Gen. Nicholson continued. “Anyone who arms belligerents who perpetuate attacks like the one we saw” distracts from “the best way forward to peaceful reconciliation.”

Should we even discuss the CIA-instigated coups, where arming rebels was common place, to overthrow legitimate governments the US didn’t find worthy?

Does Nicholson’s statement include the American Empire? Nicholson then goes on to muddy waters, saying it may not be the Russians but it could be “quite possible that the Pakistan-based Haqqani network was responsible.” NATO further added that the Russians only “perhaps” supplied weapons.

“2017 is going to be another tough year,” Mattis added. Meanwhile, Nicholson is busy justifying to Congress the need for at least another few thousand troops in Afghanistan to face the US-created Taliban insurgency; even though the MOAB was targeting ISIS by destroying CIA-constructed tunnels.

It may be that the Russians are supplying the Taliban with weapons, but the US needs to look in the mirror on occasion. Hitting the rinse button again, just to clean out the facts that stubbornly cling on to the US, soon won’t be enough to placate a wary public.

This article (Russia “Perhaps” Supplied Taliban with Weapons, But U.S. Has No Evidence) is a free and open source. You have permission to republish this article under a Creative Commons license with attribution to the author AnonWatcher and AnonHQ.com.