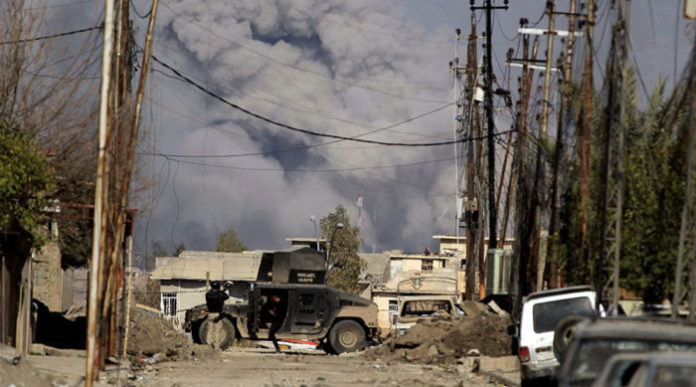 We live in a world full of contradictions and double standards. If you want one word to sum it up, hypocrisy would be the best one.  And to top it off, the mainstream media is helping this culture to thrive.

Although the mainstream media makes noise about objectivity, the truth of the matter is that objectivity has become an illusion to them. The so-called international media outlets in the West are owned by corporations that call the shots on their cover stories. Owners have links with governments, and will always ensure that the majority of the reporting reflects the foreign policies of their government agendas. This type of corporate sponsorship turns the media into a propaganda puppet for nations like the U.S. and the U.K.

President Bashar al-Assad and his forces are battling to free Syria from Western-backed rebels. Russia is providing military support to help the Syrian government. When the Syrian military, backed by Russian airpower intensified its campaign to retake Aleppo from the rebels late last year, the Western media flooded its readers with numerous gory images and purported atrocities committed by the Syrian government forces and Russia.

Reports later emerged that many of the images the media showed were actually faked to tarnish the Syrian and Russian governments. For observers who have been following the western propaganda machine, especially that of the U.S, this isn’t surprising. There is nothing the U.S. can’t fake to advance its cause.

Recently when an alleged chemical attack on civilians emerged in Syria, Donald Trump wasted no time launching a missile strike against a Syrian government airbase. Observers believe Trump was fooled into launching the strike – based on the images he saw on the television screens. Critical analysis of the chemical attack has also proven to have been staged. The media are always looking for ways to create alternate realities that do not exist in order to satisfy their paymasters. Where their paymasters are committing horrible crimes, they try as much as possible to conceal it. If the crimes being committed slip into the public domain through alternative media by the help of the internet, the media is quick to discredit it, labeling it as fake news. Do you now see the reason the media is making concerted efforts to tag all alternative media networks on the internet as producers of fake news?

In the Iraqi city of Mosul, the U.S. is leading a bloody battle campaign to retake the city from its proxy fighters, ISIS. We don’t have enough space here to explain how ISIS is a U.S. proxy, but you can read about it here.

Although the U.S. doesn’t have ground troops in Mosul, it is backing Iraqi ground troops with airstrikes. According to human rights campaigners monitoring the siege on the city, these U.S-led airstrikes are causing mass killings and civilian casualties. In March, airstrikes by the U.S. left over 200 civilians dead in just a single day. Even the Iraqi Vice President said after this attack that the U.S. is using extreme force on the city without priority given to the lives of civilians.

Although the Pentagon said it would investigate the March airstrike, the issue has since died a natural death. The media is uninterested—simply because the U.S. is committing the killings.

Currently, the situation on the ground in Mosul is unchanged. The slaughtering of innocent civilians continues in Mosul and the media are remaining mute on their western siege. According to Airwars, the number of civilian casualties from airstrikes by the US-led coalition in Mosul far exceeds the numbers reported by the media during the operation to retake Aleppo by Syrian and Russian forces. The organization said it is shocked about the Western media’s failure to report on the humanitarian crisis in Mosul that has been caused by U.S. airstrikes.

“We’re seeing worse numbers now in Mosul than we did during Aleppo. We didn’t see that level of death in Aleppo, yet we did during, the final stages of Aleppo – in fact all through the Aleppo siege – we saw significant international media coverage. So why is there this difference? Why does [the] international media not want to engage on civilian casualties in Mosul?” Woods asked.

Mosul is the second biggest city in Iraq. The U.S-led airstrikes in the city have left residents without food, water, and electricity. According to the International Organization for Migration, more than 200,000 residents have fled the city since the siege began in October last year.

This article (More Civilians are Dying in Mosul, Media Mute Over U.S. Killings) is a free and open source. You have permission to republish this article under a Creative Commons license with attribution to the author and AnonHQ.com.