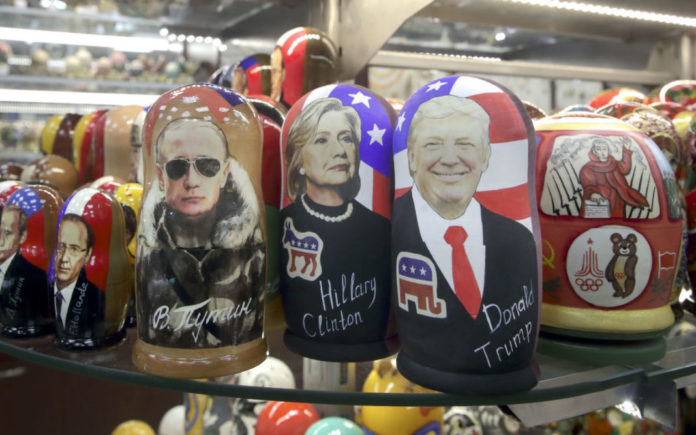 On December 10th, Reuters reported that U.S. intelligence analysts concluded Russia interfered with the 2016 U.S. election, in an effort to help Donald Trump. A U.S. official, speaking “on condition of anonymity,” told Reuters that as the election progressed, Russian government officials increased their devotion to assisting Trump win the election.

In response to the allegation, Trump’s transition office released the following statement:

“These are the same people that said Saddam Hussein has weapons of mass destruction. The election ended a long time ago in one of the biggest Electoral College victories in history. It’s now time to move on and ‘Make America Great Again.’”

Let’s ignore the fact that, as Reuters points out, the statement exaggerates Trump’s margin of victory. More important is the fact that whether or not Russia was involved, the American people have the right to know the truth, and need to if they’re to reestablish any sort of trust in the government. Trump’s transition office is basically telling Americans to just ignore the situation altogether.

Both Democrats and Republicans are now calling for a full investigation. Representative Adam Schiff of California states:

“Protecting the integrity of our elections is hindered when President-elect Trump and his transition team minimize or dismiss the intelligence assessments themselves.”

U.S. officials claim intelligence agencies have identified individuals with connections to the Russian government, who provided thousands of hacked emails from the DNC, as well as the Podesta Files, to WikiLeaks. WikiLeaks, in turn, has denied that the Podesta Files came from Russian hackers. In a statement from Julian Assange:

“The Clinton camp has been able to project a neo-McCarthyist hysteria that Russia is responsible for everything. Hillary Clinton has stated multiple times, falsely, that 17 U.S. intelligence agencies had assessed that Russia was the source of our publications. That’s false – we can say that the Russian government is not the source.”

Interestingly enough, while U.S. officials are claiming “intelligence agencies” have identified individuals connected to the Russian government, the U.S.’s top spy agency, the Office of the Director of National Intelligence (ODNI), does not endorse the CIA’s conclusions due to a “lack of conclusive evidence.” Likewise, the FBI has rejected the CIA’s conclusion, stating it was a “judgement based on the fact that Russian entities hacked both Democrats and Republicans and only the Democratic information was leaked.”

To add another twist to the story, it would seem that Vladimir Putin had much to gain with a Trump election, and it has everything to do with Trump’s new Secretary of State pick, Rex Tillerson. Tillerson is the CEO of ExxonMobil, and was awarded the “Order of Friendship” by Putin in 2013, which happens to be one of the highest honors Russia can bestow upon a foreign citizen.

In related news: The Climate Impacts of Trump’s ExxonMobil Pick for State

Tillerson has reportedly been an ExxonMobil employee his entire life, and he moved up the ranks by managing the company’s Russian account. In 2011, Exxon created a partnership with Russia to tap into their “notoriously-elusive oil resources” – Putin even attended the signing ceremony for the deal himself – and the only thing that has been preventing the partnership from reaching full fruition, are sanctions that were placed on Russia for its intervention in Ukraine; sanctions that will most likely be lifted under a Trump administration.

This article (Russia: Trump, ExxonMobil Ties, and CIA Accusations) is a free and open source. You have permission to republish this article under a Creative Commons license with attribution to the author and AnonHQ.com.