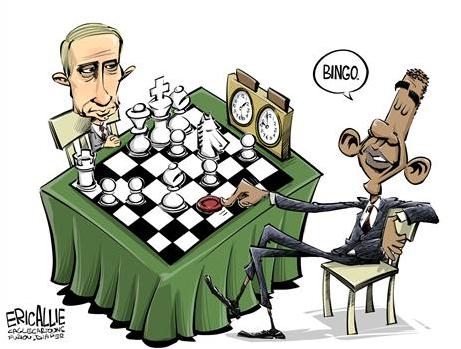 We always knew that America’s “plan” to “save” Syria was built around their own interests. It was certainly no accident that retired FOUR STAR GENERAL Wesley Clark had viewed the plan and expressed shock when he realized that, just after Sept 11th, the US was going to invade Iraq… and then move onto seven other countries.

General Wesley Clark in the 2007 interview:

So I came back to see him a few weeks later, and by that time we were bombing in Afghanistan. I said, “Are we still going to war with Iraq?” And he said, “Oh, it’s worse than that.”…  “This is a memo that describes how we’re going to take out seven countries in five years, starting with Iraq, and then Syria, Lebanon, Libya, Somalia, Sudan and, finishing off, Iran.” I said, “Is it classified?” He said, “Yes, sir.” I said, “Well, don’t show it to me.” And I saw him a year or so ago, and I said, “You remember that?” He said, “Sir, I didn’t show you that memo! I didn’t show it to you!”

How interesting. Hmmm, what were the last three countries the US wreaked havoc upon? Well, they started in Iraq… went straight to Libya with NATO… and now they’re bombing Syria- I mean ISIS in Syria… Sure… all a coincidence that the only thing different is the order of intervention/removal of government and the fact that the timeline has been delayed a few years… two out of the three have ended in the death of the dictator an three out of three have caused the rise of brutal terrorists.

Well, despite the “coincidence” of how everything is playing out (what did George W Bush say about fooling people? Fool me once, shame on you. Fool me… You can’t get fooled again! And to be fooled a THIRD time too, tsk tsk.) Russia is FINALLY calling Washington’s bluff… the fact is that they were never fooled to begin with.

You see, When the US People voted in various polls AGAINST intervening in Syria a few years back, it wasn’t long before a NEW and IMPROVED Boogeyman more HEINOUS than Al Qaeda reared its ugly head… and happily beheaded a few Americans’ heads just to get the good ole’ redneck blood boiling again.

It was at this point that attacking ISIS became the new excuse… after failing to find nukes in Iraq,  failing to enact democracy in Libya… and the US sure is taking its time supplying hundreds of tanks and humvees which cannot be tracked nor bombed  to… I mean “destroying” ISIS, while Russia seemed content to send just a few rocket launchers to Syria once in awhile. That has changed.

Now Russia has decided that its had enough of the narrative of “destroying ISIS” leading to “accidental deposing” and complete decimation of its ally first in Ukraine and now in Syria; by deciding to play a direct role in destroying ISIS, the US loses its only “reason” for bombing Syria to begin with. And if Russia succeeds before the US manages to oust Assad? Well, then the real intent of the US’s political machine becomes plain for all the People to see… particularly if they still push for an invasion.

And the US really has no choice but to accept Russia’s assistance, for to decline would only reveal that ISIS was never the real enemy… besides, Russia intends to go in with or without US approval. Bloomberg: President Vladimir Putin, determined to strengthen Russia’s only military outpost in the Middle East, is preparing to launch unilateral airstrikes against Islamic State from inside Syria if the U.S. rejects his proposal to join forces, two people familiar with the matter said. Putin’s preferred course of action, though, is for America and its allies to agree to coordinate their campaign against the terrorist group

I’d love to see the look on Samantha “Assad must go before ISIS” Power’s face… Not to mention the reaction of the other “media” outlets that have been regurgitating the line. This Article (Russia: You’ve Had Your Chance America. ISIS Is Going Down NOW, And We Ain’t Askin’ For Permission.) is free and open source. You have permission to republish this article under a Creative Commons license with attribution to the author(CoNN) and AnonHQ.com.