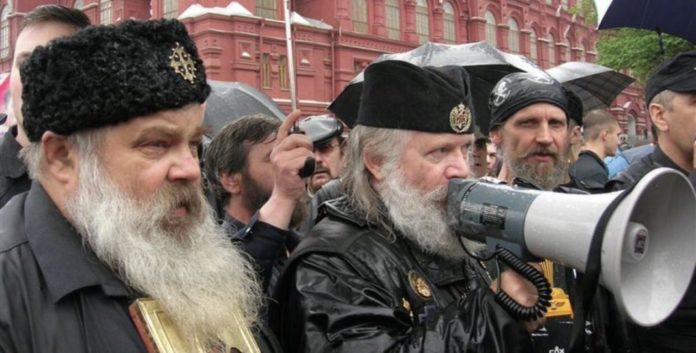 Jehovah’s Witnesses (JW) is a U.S-based worldwide Christian denomination with nontrinitarian beliefs distinct from mainstream Christianity. It was founded by Charles Taze Russell in the 1870s ‎in Pittsburgh‎, Pennsylvania.

Pastor Russell preached in Freemason temples, and it’s alleged he was an undercover member of the group due to his use of Masonic symbols such as the winged solar disk.

Currently, it is estimated that JW has around 8.3 million members around the world. JW teachings are considered controversial. Aside from disputing with mainstream Christian beliefs on the trinity, the denomination doesn’t recognize the authority of the nation-state.

Members of the group don’t vote, serve in the military, salute flags or sing national anthems. They believe that human governments are controlled by Satan; hence members should resist the authority of Satan.

JW preaches against blood transfusions, arguing no human being is supposed to give blood to another because it is abominable. The denomination is known for its door-to-door preaching. The group preaches pacifism, the belief that war and violence are unjustifiable and that all disputes should be settled by peaceful means.

However, due to its controversial teachings on the relationship between the individual and the state, some countries consider JW a threat to the authority of the state. It has therefore put the denomination at odds with some nations. In Russia, the denomination was dragged before the country’s Supreme Court over its controversial teachings regarding how its members should behave toward the country. On Thursday, April 20, the court ruled that JW is an “extremist” organization and must hand over its property to the state.

The ruling means it is illegal for the group to operate in the country. Tougher punishment can be handed down by the courts if they’re caught operating in Russia after the ruling.

JW has two publications known as Watchtower and Awake. Russian officials consider these publications offensive to the state. Russian authorities have placed several editions of the publications on lists of banned extremist literature. Prosecutors argued that the JW’s main goal is to destroy families, foster hatred and threaten lives.

But JW denies these allegations. It says the ban will affect over 175,000 followers in the country.

Interfax news agency quoted Sergei Cherepanov, JW’s representative in Russia, as saying the group will appeal against the decision at the European Court of Human Rights. According to observers, this isn’t the first time JW has been banned in Russia. During the prime days of the Soviet Union under Joseph Stalin, the group was persecuted for their teachings. The persecution stopped only during the latter days, when in January 1991, the government of President Mikhail Gorbachev granted JW rights to operate in the country.

Not only in the Soviet Union has the group faced persecution. When Adolf Hitler and his Nazi Party ruled Germany, JW members also faced persecution. They refused the Nazi salute, describing it as idolatry. As a response, Hitler sent more than 10,000 members of the organization to prisons and concentration camps. The group’s pacifist teachings infuriated Hitler to the point that he wanted their complete extermination from German society. During this period, JW prisoners were identified by the purple triangle badges they were forced to wear in the Nazi concentration camps.

Even in so-called democracies in the West, JW has faced harassment with countries struggling to accept the religion. At different times, JW has faced bans in France, Spain and Canada because of their attitudes toward military service and flags. It took some years and many legal battles before the religion was accepted into these nations. The European Union has denounced the latest Russian ban. It has also urged the country to review its decision in order to respect the rights of people to join any faith they desire.

But observers say it’s unlikely Russia will back down on its decision. According to some observers, the teachings of JW have been a pain in the Russian state’s neck for many years now, and they won’t reverse the opportunity of banning the group from the country.

This article (Russia’s Supreme Court Outlaws Jehovah Witnesses, Confiscates All Property) is a free and open source. You have permission to republish this article under a Creative Commons license with attribution to the author and AnonHQ.com.