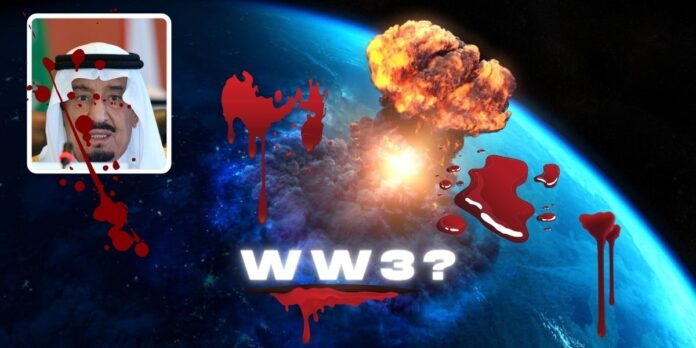 The End Of The “Petrodollar”? The Kingdom of Saudi Arabia (KSA) is considering future deals where China could purchase oil from the country using the yuan, instead of the dollar, which dominates the global oil trade.

The two countries are in active talks to shift away from the dollar-dominated trade, reported The Wall Street Journal and the Dow Jones.

The reports have buoyed the yuan against the dollar, reversing previous declines. Talks are underway to shift some of the oil contracts to be yuan priced. The KSA has priced all of its oil exports in the dollar since 1974, after a deal with US President Nixon, who promised security guarantees to the kingdom in return. But growing annoyance with Washington D.C. has been pushing Saudi Arabia to look towards the East rather than the West.

One of the core staples of the past 40 years, and an anchor propping up the dollar’s reserve status, was a global financial system based on the petrodollar – this was a world in which oil producers would sell their product to the US (and the rest of the world) for dollars, which they would then recycle the proceeds in dollar-denominated assets and while investing in dollar-denominated markets, explicitly prop up the USD as the world reserve currency, and in the process backstop the standing of the US as the world’s undisputed financial superpower.

India is reportedly planning to buy Russian oil at discounted prices and even considering the Chinese yuan as a reference currency in an India-Russia payment settlement mechanism, a move that Chinese analysts say represents the growing frustration among world economies over the US-led sanctions against Russia that have rattled global markets.

The reported plans come as India has been shrugging off pressure from the US to join in its sanctions against Russia, despite growing diplomatic ties between the two countries. This also underlines a trend of countries working to seek alternatives to US-dominated global financial mechanisms to fend off risks as they have been repeatedly weaponized, analysts noted.

One of the issues to be ironed out is in what currency the trade will be settled, and Livemint, an Indian news outlet, reported that India and Russia are exploring the possibility of using the yuan as a reference currency to value a rupee-ruble trade mechanism. The outlet cited unidentified Indian government officials.

The rupee-ruble trade mechanism will allow Indian exporters to be paid in rupees for their exports to Russia instead of dollars or euros amid sanctions against Moscow. However, there have been concerns as neither the Russian nor Indian currencies are widely used in international trade.

Following Indian officials’ consideration of using the yuan, Chinese experts also flagged the likelihood of using the yuan due to the currency’s stable value and its status as the world’s fourth most-traded currency after the US dollar, the euro and the pound.

Countries involved in energy trading are used to using an intermediate currency, previously the US dollar or the euro, as a base to set exchange rate between two national currencies, Li Xin, director of Institute for Eurasian Studies, China National Institute for SCO International Exchange and Judicial Cooperation – Shanghai University of Political Science and Law, told the Global Times on Tuesday.

“The advantage of the yuan as a pricing tool lies in its stability, growing role in international settlements and payments, and the backing of China’s economic strength,” Li said.

The report came as payments worth some $500 million to Indian exporters for goods already shipped to Russia remain stuck as financial sanctions weigh in.

The sanctions by the US and its allies on Russia can only force Russia and countries holding other values than the US to move toward setting up a new trading mechanism, Dong Shaopeng, a senior research fellow at the Chongyang Institute for Financial Studies at Renmin University of China, told the Global Times on Tuesday.

“The target of the sanctions can be Russia today and any other country tomorrow. The move will further stimulate relevant countries to seek independence from the current international trade system,” he said.

India has been under pressure from Western countries to condemn Russia after it abstained from voting against Moscow at the UN.