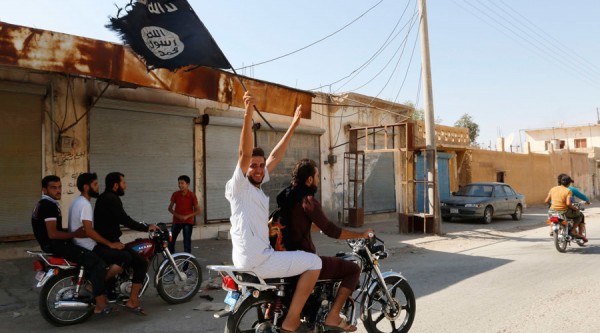 According to HRW, the Kingdom’s religious police first detained Ashraf Fayadh in August 2013, after receiving a complaint that he was cursing Allah and the prophet Muhammad, insulting Saudi Arabia and distributing a book of his poems that promoted atheism. According to the form of Sharia practiced in the Kingdom of Saudi Arabia, apostasy is a crime punishable by beheading.

Fayadh’s sentence went viral on the social media platform, Twitter. Users talked a lot about it. Before the talking ended, Amnesty International also disclosed that the Kingdom was busily preparing to behead some 50 people on death roll in just a single day. This exacerbated the situation on Twitter. More people joined the discussion. One anonymous user compared Saudi Arabia’s judicial system to that of the self-proclaimed Islamic State group. The tweet was re-tweeted many times. However, this did not go down well with the Saudi authorities. The Kingdom issued a statement, threatening to sue users of the platform for re-tweeting the comparison tweet. The anonymous user is reported to have tweeted “ISIS-like”.

The Kingdom’s pro newspaper, the Daily Al-Riyadh first reported the Saudi government’s intention to sue users who had taken part in the comparison tweet. The Reuters News Agency also confirmed the story.

My cartoon Saturday @TheTimes. Isis is a barbaric death cult…what about some of our allies? #syriaairstrikes pic.twitter.com/QkA4QLp9kq

“The justice ministry will sue the person who described… the sentencing of a man to death for apostasy as being ‘ISIS-like’. Questioning the fairness of the courts is to question the justice of the Kingdom and its judicial system based on Islamic law, which guarantees rights and ensures human dignity,” an unnamed Saudi Justice Ministry official was quoted by both media as saying. This infuriated many users who had taken part in the tweet. They responded with the hashtag #SueMeSaudi, using the comparison to the Islamic State again, and further running with it. The hashtag went viral, and it began trending once again.

Saudi Arabia’s justice system is based on the Sharia. It is also greatly influenced by the Wahhabi school of Sunni Islam, an ultra-conservative interpretation of the Sharia that doesn’t hesitate to employ the death penalty for apostasy and blasphemy. Among other things, the Kingdom punishes theft with amputation, adultery with stoning, and blasphemy and apostasy with beheading.

Saudi would kill me for being pro-gay, lash me for boozing & cut off my hands for nicking a mate’s pen #SueMeSaudi pic.twitter.com/Z9hdOjdkqT

Earlier this year, a Saudi blogger was put on trial for apostasy for a second time, after being acquitted of the charge in 2013. Raif Badawi is already serving a sentence of 10 years and 1,000 lashes for a separate offense, in which he criticized the Kingdom’s clerics in some of his blog posts.

Citizens all over the world should sue their government for doing business with fascist #SaudiArabië #SueMeSaudi pic.twitter.com/eIlMPFYU3b — Danny Vermeyen (@DVermeyen) November 28, 2015

Human rights groups report that Saudi Arabia has killed 151 people for various offenses so far this year. The killing is mostly done by beheading. It is the highest recorded figure in the country since 1995. In 2014, the total number of executions carried out was reported to be around 90.

Chairs UNHRC panel, plans to stone a woman for adultery (but not the man). How very ISIS of you, SA. #SueMeSaudi — Gizzy (@dragyntales) November 28, 2015

The United States, known ally of Saudi Arabia and frequent critic of human rights records in other countries, has remained silent since the news arose. In September 2014, the United Nations (UN) elected Saudi Arabia’s ambassador to the UN, Faisal Trad as the new Chairman for the UN Human Rights Council Panel.

#SueMeSaudi the difference between IS and Saudi? #SAUDIARABIA has flogged and amputated and stoned and beheaded much, much more. Evil=Evil. — anonymous (@anonymous900000) December 1, 2015

The UN Watch, a non-governmental watchdog organization based in Geneva, has urged the US ambassador to the UN, Samantha Power and EU foreign minister, Federica Mogherini to speak against, and lobby for the appointment to be reversed due to Saudi Arabia’s poor human rights record. None of these personalities have responded to the request.

This Article (Saudi Arabia Threatens To Sue Twitter Users Over ISIS Comparison, Users Respond With #SueMeSaudi) is free and open source. You have permission to republish this article under a Creative Commons license with attribution to the author and AnonHQ.com