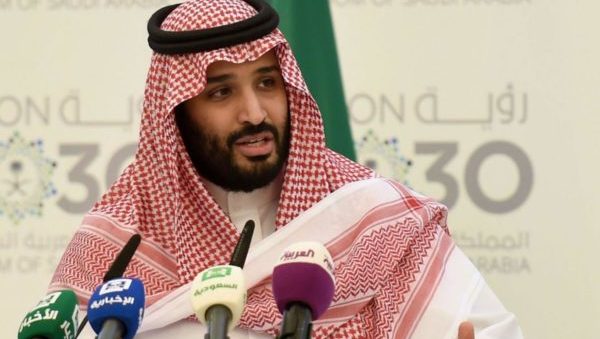 The Kingdom of Saudi Arabia depends heavily on oil to finance its public spending. The drastic fall in oil prices at the world market means a big blow to the country.

In 2015, Saudi Arabia racked up a record budget deficit of nearly $100 billion, forcing the country to find new savings and ways to raise money for public spending. The country responded by cutting subsidies for power and water in December 2015, in order to reduce its public spending. The cut will also distress other public spending. The country’s monarchy government claimed these austerities were implemented to save the country, due to the reduction of the country’s earnings from the oil sector.

Reuters reported that this is the first time the oil-rich Kingdom has witnessed such measures. According to analysts, these new austerity measures could see the Kingdom’s public spending down to 71%. Although many Saudi citizens have expressed their dissatisfaction, the country’s officials are determined to implement them. However, beginning in 2015, it has been widely speculated that Prince Mohammad is secretly working to eliminate Nayef; to become the next king of Saudi Arabia. The 31-year-old Prince Mohammad was educated in the United States, and it is believed he has the full support of the United States to take over from his father. Prince Nayef has left Saudi Arabia and is believed to be living in his family home in Algeria, North Africa, cutting all contacts with top officials in the royal family.

King Salma is over 80 years old. Due to King Salma’s old age, Prince Mohammad has since become the de facto ruler of the Kingdom. He is the leader of the Kingdom’s economic team.  Prince Mohammad frequently appears in Western media, such as the Economist and Bloomberg news, granting major interviews as a part of a so-called push to make Saudi Arabia more transparent to the Western world.

In an interview with Bloomberg news early this year, Prince Mohammad outlined what he described as the country’s Vision 2030 Plan. He said the Vision 2030 Plan aims to curtail the kingdom’s dependence on oil revenue, as well as reforming the economy and the kingdom’s society, in general. The plan will also expand the country’s Public Investment Fund to $2 trillion up from $160 billion. Having been entrusted with these critical duties to the country by his father, it means Prince Mohammad has become a powerful figurehead in the country, especially in the ruling dynasty.

But as the prince is spearheading these reforms, gradually making life uncomfortable for many Saudis, he is at the same time, splashing money. It has emerged that Prince Mohammad, who is backing his country’s austerity measures, has bought a yacht costing up to $550 million, last year. According to The New York Times, who broke the story, when Mohammad was on vacation in southern France, he spotted a 440-foot yacht floating off the coast. The expensive yacht is said to have belonged to the Russian vodka tycoon, Yuri Shefler.

The prince, upon spotting the luxurious yacht, dispatched his aide to buy it. The Times revealed the deal was done within hours, at a price of approximately 500 million Euros – about $550 million today. A close associate of the prince anonymously told The Times that the Russian moved off the yacht the same day the prince spotted it.

Since The Times published the story, Prince Mohammad has come under public criticism. Some people say it is difficult for them to understand why he would be so extravagant during these times.

Joseph Kechichian, a senior fellow at the King Faisal Center for Research and Islamic Studies in Riyadh was quoted by the Independent as saying: “I am persuaded as someone who focuses on this topic that the ruling family of Saudi Arabia above all else puts the interest of the family first and foremost.”

As of writing, the Saudi royal family has not commented on the story. The Independent also reported it has sent a request to the family for comment on the story.

This article (Saudi Arabia’s Crown Prince Buys a $550 Million Yacht Instantly Despite Implementing Austerity) is a free and open source. You have permission to republish this article under a Creative Commons license with attribution to the author and AnonHQ.com.