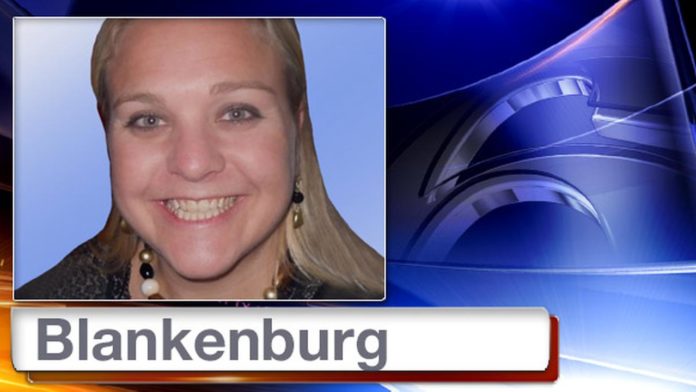 Written by Carey Wedler on theantimedia.org

PHILADELPHIA, PA- On Sunday night, police brutality protesters staged a 4 minute die-in outside of the Philadelphia Eagles/Seattle Seahawks football game near Lincoln Financial Field in Philadelphia, Pennsylvania. To many, it was an effective tool to raise awareness near the football stadium. To one public school guidance counselor, it was a reason to threaten murder (sort of like what the protesters were dissenting against)

“If my child cannot get to the Eagles game due to protesters, I will personally SHOOT every one of them. You’ve been warned[,] idiots!!”

While obviously, no one believes she had any intention of killing people, the post reveals saddening realities about the general American population.

First, Ms. Blankenburg was so consumed with a sports event that it was more important to her than the freedom of expression of peaceful protest-the same fundamental freedom of expression that she enjoyed to post a violence-tinged sentiment on her Facebook. Rather than take the time to understand the reasoning and meaning behind a die-in protest, this woman erupted into a rage-over a sports game. This is a common practice in the United States, where citizens riot over victories and losses alike. They commit violence for the last toy on the shelf during the holidays butcan’t tell you how many countries their government is drone-bombing. They don’t want to be bothered.

The guidance counselor’s sentiments were similar to those of fans at the game. Activist Josie Wales, who was present at the Philadelphia die-in, witnessed drunk Eagles fans harassing peaceful protesters:

“They chanted ‘asshole’ at those who chose to lay in the street for four minutes, in memory of lives lost at the hands of violent police officers. While I was involved in a confrontation with an irate couple at one corner of the intersection, a block away, an Eagles fan assaulted a photo journalist for The Declarationnamed Joshua Scott Albert, twice, in front of the numerous cops herding the protestors. The cops were clearly there to protect the drunk and notoriously violent Eagles fans from docile protestors and journalists.”

Like Blankenburg, Eagles fans took to social media before to game to advocate violence against the inconvenient protesters.

The irony of threatening violence against people protesting violence was clearly lost on Blankenburg and the Eagles fans. Though the counselor did not intend to commit murder, the readiness to threaten it in all capitals (“SHOOT”) illustrates the desensitization toward aggression that many Americans have adopted. It should be no surprise as they have a violent government as a role model and aggressive ‘us vs. them’ sports team mentalities.

“Responding with urgency and concern, [they] immediately began an investigation, including verification of the source of the post, and [they] will take appropriate action once we learn all of the facts.”

Blankenburg has been placed on paid leave until then. When asked by a local paper, she blamed her son for the post, saying

“my child might have gotten hold of my iPad.”

If this is true, it is still disturbing that her child would advocate violence. If she is lying, she is behaving just like police by refusing to be accountable for her actions. Like police, she is arguably a role model, but given her endorsement of violence, it is unlikely that she is doing her a students a service.