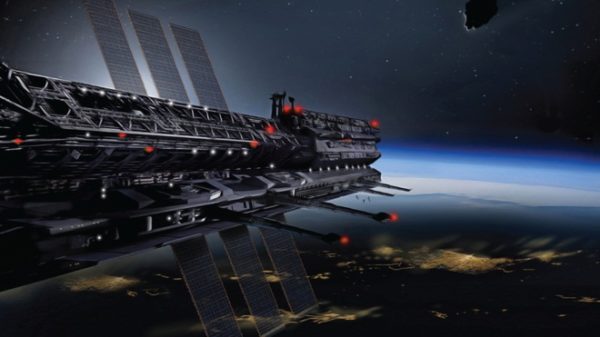 It looks as though we created a mess on planet Earth, so much so, some citizens are now contemplating the move elsewhere – in space, for their new world. Already, some private aeronautics companies in the United States are preparing for the much-anticipated commercial space travel, where civilians will be able to experience space for the first time in their lives. Of course, it will only be for those who can afford it.

But before space tourism can even become a reality, it has now emerged that a group of scientists are busily working to create the first ever nation state in space. The nation will be called Asgardia.

The name Asgardia is derived from a city in the sky, in Norse mythology. According to founders of the ambitious project, Asgardia will be a new pacifist nation-state in space. The founders describe Asgardia as the prototype of a free and unrestricted society, which holds knowledge, intelligence and science at its core, along with the recognition of the ultimate value of each human life.  The project is, therefore, looking for like-minded people to come together and make it a reality. Any human living on Earth is eligible to apply become a citizen of Asgardia.

Preparations are now far advanced for the scientists working on the project, planning on launching its first satellite in late 2017. The founders believe the United Nations will one day recognize their country in space. The project is being directed by the Vienna-based Aerospace International Research Center, a private company founded by the famous Russian scientist and businessman, Dr Igor Ashurbeiyli.  Asgardia will not be associated with a self-governing territory. Its citizens will still remain on Earth, probably having the opportunity to visit their new country if commercial space travel becomes available in the near future.

Lead member of the project, Lena de Winne, said people who apply to become citizens of the Asgardia will be scrutinized before admission.  If they pass the scrutiny, they will then be able to obtain passports of the nation, thus becoming citizens.  Winne has worked for the European Space Agency for 15 years before joining the Asgardia project. The founders said they are hoping their project will open up new opportunities in space for commerce, science and peoples of all countries on Earth. Competitions are now being held to decide a national anthem and flag design of Asgardia.

Currently, the project is being funded personally by Dr Ashurbeiyli, but due to the huge cost involve, the founders have agreed to seek crowdfunding in order to help finance the project. Applications have been opened for people interested in becoming a citizen of Asgardia. As of writing, 322,401 people had applied online to become citizens of the space nation.

However, some experts are casting doubt on the viability of the project. This is because international law prohibits national sovereignty claims in outer space.

Professor Sa’id Mosteshar, director of the London Institute of Space Policy and Law, said he doubted that Asgardia would be recognized under international law. He was quoted as saying: “The Outer Space Treaty… accepted by everybody says very clearly that no part of outer space can be appropriated by any state.”

Also, Professor Mosteshar said the crowdfunding aspect of the project seems to suggest that the founders of Asgardia doesn’t have any real credible business plan.

But despite the criticisms, founders of Asgardia are determined to make what they have put on paper, become a reality.

This article (Scientists are Creating a Nation State in Space, over 300,000 People Apply to Become Citizens) is a free and open source. You have permission to republish this article under a Creative Commons license with attribution to the author and AnonHQ.com.