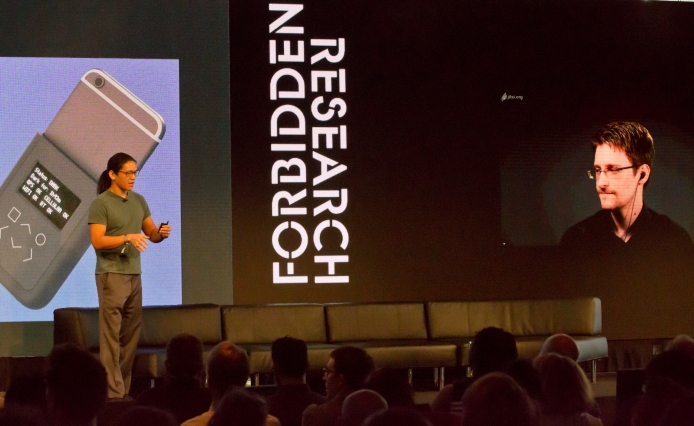 We are in an era of significant scientific progress. However, there are some areas where scientists are finding it difficult to conduct further studies due to restrictions.

The restrictions are as a result of ethical and moral questions surrounding such topics. Although scientists are willing to venture into such restricted areas, they acknowledge there are ethical concerns which need broader public debate to arrive at a helpful consensus. The Massachusetts Institute of Technology (MIT) hosts an annual scientific conference titled “Forbidden Research.”  The conference brings together eminent scientists and experts to discuss areas science is unable to access in depth due to constraints by ethical, cultural and institutional restrictions. The event also gives participants a platform to consider ideas and questions that would be helpful in some of the restricted areas.

During last year’s conference, participants revealed the difficulty in gaining support for full research into the following five areas:

Genetic Engineering:  This field has sparked huge controversy, even among the scientific community. Whereas some scientists are of the opinion that fully exploring Genetic Engineering (GE) is likely to cause many problems for humanity, others think the opposite. Scientists who advocate for GE have contributed to the production of Genetically Modified Foods. Currently, GE advocates are thinking about gene editing. However, this area is proving to be a no-go zone for scientists. Many people have raised ethical issues with this technology. Just like GE foods, which are now causing health problems, observers believe if gene-editing is permitted, it could have devastating effects for humanity. For example, it could lead to what is known as ‘designer babies.’

Nonetheless, some scientists that attended the MIT conference believe these concerns do not necessarily mean gene-editing technology is bad. They argue the technology could be extremely beneficial to humanity.

“Some things are forbidden and arguably shouldn’t be, but other things perhaps we need some more barriers,” said Kevin Esvelt, a synthetic biologist at MIT Media Lab.

Climate Engineering: Previously, this subject was considered a conspiracy theory. Now the truth is out. Scientists are thinking of engineering the climate. They hope to do this via solar engineering. This involves releasing sulfur dioxide into the atmosphere to reflect some of the sunlight away from Earth. Scientists claim doing this could tamper down rising temperatures, possibly bringing them back to pre-industrial levels.

However, there are serious concerns with this project. Atmospheric testing is necessary to see whether doing this could damage the ozone layer while adding more pollutants to the atmosphere. But scientists are still confident that the solution to the current rapid Global Warming is climate engineering. “We have collectively decided we prefer ignorance. We need a serious, open, no-nonsense international research program, and we don’t have one. That is political cowardice,” said Harvard professor David Keith.

Robotics: As the quest for artificial intelligence (AI) continues to increase, questions of where the lines should be drawn between robots and humans are also increasing. Professor Stephen Hawking believes AI could spell doom for humans if not handled with caution. But some scientists disagree with Professor Hawking. Advocates argue that there is potential to use AI to protect children from sexual deviance by creating sex robots for pedophiles. “I want to know [if] we can use robots therapeutically to help. We have no idea if we can, and we can’t research it because of the huge social stigma,” said robot ethicist Kate Darling from MIT’s Media Lab.

“Our investigation regards countering what we’re calling lawful abuses of digital surveillance. Lawful abuse, right, what is that, doesn’t seem to make a lot of sense. Seems like it might be a contradiction in terms. But if you think about it for just a moment it might seem to be a little bit more clear. After all, the legality of a thing is quite distinct from the morality of it. Segregation, slavery, genocides, these have all been perpetuated under frameworks that said they were lawful, as long as you abided by the regulations that were sort of managing those activities,” Snowden told the conference from his undisclosed location in Russia.

Universal Access to Science: Indeed, even within the scientific community, there is secrecy. Empirical knowledge of a particular country or organization is highly protected. But some scientists are beginning to question this policy. These scientists believe all publicly-funded research should be made available to everyone on Earth. Work has already begun on this topic, but it is lacking support among governments. A Russian science website, SciHub is now featuring over 55 million scientific papers for free. Many of these papers were pirated and pulled from behind paywalls. Alexandra Elbakyan who played a key role in establishing the website said via a video link at the conference that she can’t travel to the United States or Europe because she might be arrested for piracy.  Elbakyan is now advocating for universal access to scientific works. She believes this would improve the scientific community, benefiting the society at large.

Although we are making progress in the field of science, it is clear that massive challenges are ahead of us. If we have the spirit of humanity, there is no doubt that we can manage these challenges.

This article (Scientists Cry Foul Over These 5 “Forbidden Topics”) is a free and open source. You have permission to republish this article under a Creative Commons license with attribution to the author and AnonHQ.com.