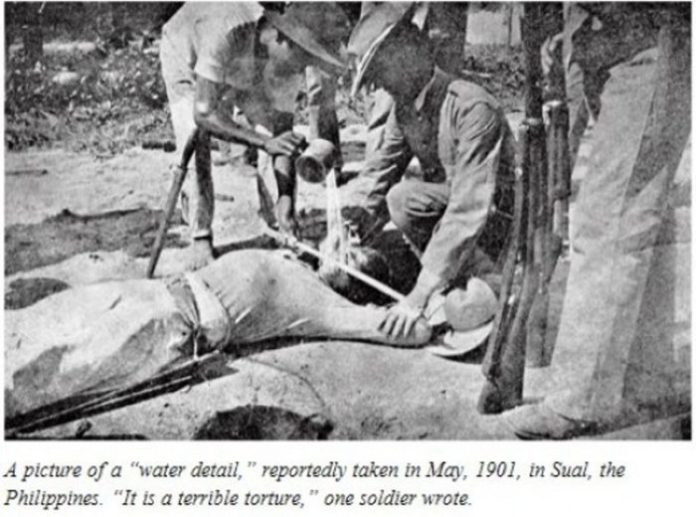 The Philippines is a country located in Southeast Asia, in the Western Pacific, and is made up of more than 7,000 islands.

In fact, the Philippines is endowed with natural resources. It possesses one of the world’s greatest bio diversities, however, with these resources, the area became a prime target for European conquerors and other powers in the Far East during the colonial period.

The arrival of the Portuguese explorer, Ferdinand Magellan, in 1521, in Homonhon, Eastern Samar, marked the beginning of the Spanish rule of the Islands. Under the authority of Spain, Magellan had organized an expedition to the East Indies from 1519 to 1522. In 1543, Spanish explorer Ruy López de Villalobos named the archipelago Las Islas Filipinas, in honor of Philip II of Spain. With the arrival of Miguel López de Legazpi from Mexico City, in 1565, the first Hispanic settlement in the archipelago was established. Thereafter, the Philippines became part of the Spanish Empire for more than 300 years.

During the Spanish rule, many horrible incidents occurred. Spain had to quell various indigenous revolts, and needless to say, these were quelled in a very brutal manner. Many of the Island’s natives lost their lives, with some summarily executed.  Again, there were several external military attacks from Chinese and Japanese pirates, the Dutch, the English, the Portuguese and the Muslims of Southeast Asia. Simply put, at the time, the natives didn’t stand a chance in obtaining their freedom. British forces occupied the capital, Manila, from 1762 to 1764. Across these wars, the Spaniards would always conscript the natives to join the army. Many died during these needless and greedy wars. However, for the monarch rulers involved in the wars, it was worth fighting; it was about domination; it was about having access to trade and commerce… it was about building their empires. They never cared about the lives of the natives who were being destroyed with impunity.

As a result, in 1892, Andrés Bonifacio established a secret society called the Katipunan. The Katipunan became an armed revolt where nationalists fought with a fundamental objective of winning independence from Spain. As the independence war was ongoing in the Philippines, in 1898, the Spanish–American War began in Cuba. This war later reached the Philippines as the Spaniards had been badly beaten by the Americans in Cuba.

This gave the Filipino nationalists a great momentum to resist the overbearing and unforgiving Spanish rule. With the support of the United States, on June 12, 1898, the First Philippine Republic was established. But the United States, having fought a costly war and paying $20 million to the Spaniards, would only live to regret their intentions. Increasingly, it became clear to the Filipino nationalists that the United States would not recognize and respect the nascent of the First Philippine Republic.

This led to the Philippine–American War. The United States had bought a war from Spain; Spain had left the islands, hat in hand and smiling. The United States employed a brutal warfare, hoping to defeat the Filipino nationalists. The war resulted in the deaths of tens of thousands of combatants, as well as a couple of hundred thousand civilians—mostly from a cholera epidemic.

The Filipino nationalists made rapid advances against the Americans. However, when they were close to negotiating for independence with the Americans, their plans for independence was interrupted by World War II. Japan invaded the territory in 1942, establishing a puppet government—the Second Philippine Republic—under the leadership of José P. Laurel. Many atrocities and war crimes were committed during the war, such as the Bataan Death March and the Manila massacre that culminated during the Battle of Manila. In 1944, the Allied Forces employed a strategy of island hopping towards the Philippine Archipelago, in the process, retaking territory conquered by the Japanese Forces.

The Filipino guerrilla fighters also proved very strong against the Japanese army. The Allied Forces supplied the guerrillas with logistics so that they could harass the Japanese Army and take control of the rural jungles and mountainous areas, amounting to about half of the Philippine archipelago. Many Filipinos hoped and believed that liberation from the Japanese would bring them freedom, and their already-promised independence by the Americans before the outbreak of the war. While the guerrillas were engaging the Japanese in the jungle, the Allied Forces also took on the Japanese navy at the Leyte Gulf. According to the United States Naval Institute, this battle is the largest naval battle in human history. Japan was beaten and the Philippines was liberated. In 1945, the Allied Forces officially won the war after the atomic bombing of the two Japanese cities—Hiroshima and Nagasaki—by the United States.

In total, by the end of the war, it was estimated that over a million Filipinos had died. They had paid dearly for their freedoms, exchanging it for their lives. This is the brief history of the Philippines. It is indeed centuries of tyranny, death and destruction for those who lived it. Never again, should this happen in human history.

This article (The Secret History of the Philippines Revealed: Centuries of Tyranny and Destruction [Video]) is a free and open source. You have permission to republish this article under a Creative Commons license with attribution to the author and AnonHQ.com.